The studio focused on daywear and furthered its exploration of house techniques, now concentrated in two collections a year. 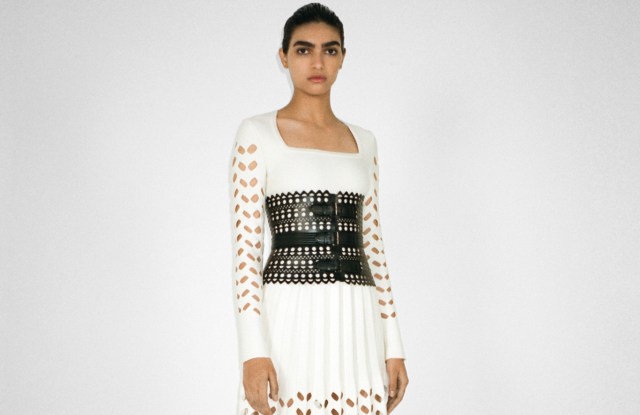 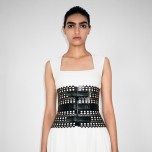 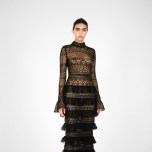 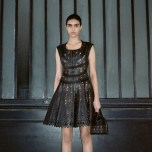 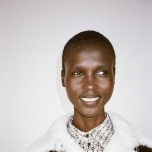 Alaïa may have become a byword for a certain kind of glamorous silhouette, but that’s only one very sliver of the house’s vast repertoire. For fall, the Maison Alaïa studio focused on daywear, a direction reinforced by the profusion of flat footwear styles on offer, from slides and loafers to lace-up boots and knit sneakers.

As ever, the back and forth between the Editions reissues and the main line highlighted the elements put into the spotlight this season. Here, it was zippers — famously captured by Arthur Elgort in a 1987 photograph of Monsieur Alaïa adjusting an early incarnation around Naomi Campbell — the inlaid “charnière” (hinge, in French) leather lacing used both to assemble and adorn pieces, and mainstays such as crinoline shapes, corsetry, goddess dresses and basques.

Other returning winners included the shearlings — a perfecto-style version from 1987 and its fringed counterpart from winter 2005 featuring geometric “charnière” edges — and a trio of striking double-breasted coats.

But as steeped as it is in the techniques developed by the late couturier, there was little nostalgia in the lineup, filled as it was with flared skirts with laser-cut openwork, lush knitwear, crisp poplin shirts and leather galore. New developments included crackled leather separates, a cropped trucker sweater, a white dress with corset support woven directly into its structure, and a trenchcoat and matching hooded parka with curved back flaps — all turning Alaïa signatures into easy and relevant choices.

Starting with the collections presented this month, Maison Alaïa will concentrate its offering into two seasonal collections which will not strictly follow any fashion week dates — the return of another house signature.