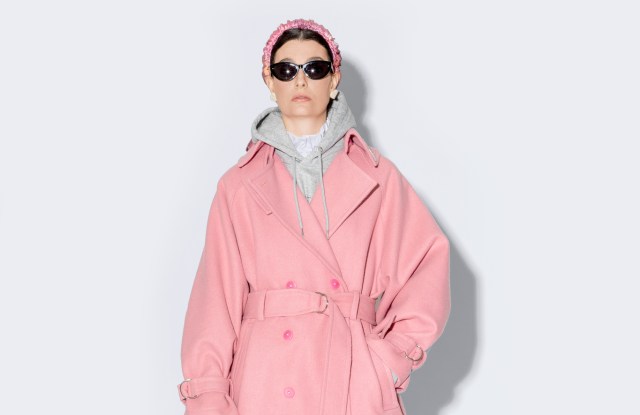 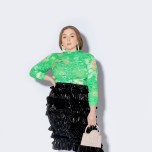 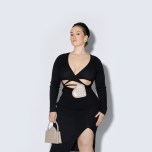 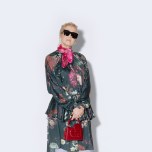 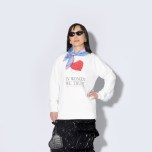 Ester Manas and Balthazar Delepierre used the platform of their online presentation during Paris Fashion Week to talk about sorority, a concept that underpins their size-inclusive brand. Their film, titled “Soror,” featured 16 women of various ages discussing their experiences of sisterhood.

The look: Pussy-bow blouses, and a color palette of salmon pink and apple green, were nods to U.S. Vice President Kamala Harris and her Alpha Kappa Alpha sorority. The Beguines, a community of Christian women that thrived in the Middle Ages, inspired smock shirts and floral prints made by scanning the dried bouquets that the designers collect.

Quote of note: “What we’re presenting today is not at all a fashion film,” said Manas. “It’s not easy for viewers, whether they’re familiar with us or not, to spend six minutes watching chicks talking about women. It might even be a little off-putting. It’s a real risk, even if for us, the topic is absolutely essential, fascinating and sincere.”

Standout pieces: The duo introduced their first one-size-fits-all jeans, with an adjustable waistband featuring multiple buttonholes. Denim jackets came in a short and long version, the latter featuring the brand’s signature hourglass construction. For their first foray into eveningwear, they played with a shiny coated fabric that worked particularly well on a midnight blue ruched cocktail dress. Among the message tops this season was a white sweatshirt that read: “In Women We Trust.”

Takeaway: Manas and Delepierre remained true to their mission by celebrating not only Harris, one of the world’s most powerful female politicians, but also the ordinary women around them — a fine example of sorority in action.