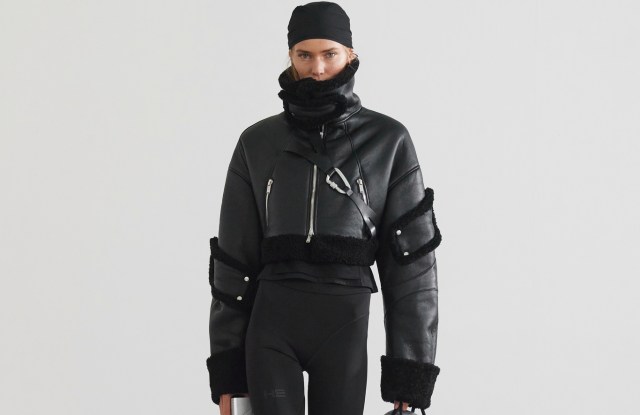 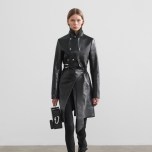 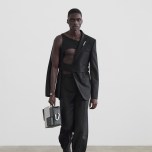 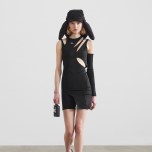 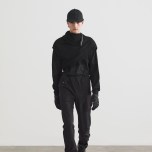 For Heliot Emil’s entry onto the official Paris calendar, designer Julius Juul sought to explore the notion of “unstable equilibrium,” referencing the notion of balance and unbalance. He experimented with zippers and asymmetric shapes and played with layering; for example, by interweaving the two sides of different pieces to create an off-kilter look, such as splicing tailored jackets with cutout body-con.

The look: A severe, almost brutalist juxtaposition of utilitarianism, streetwear and tailoring in a largely monochromatic universe. Contrast came by way of textured fabrics in black, gray or stone and the plays on asymmetry, and through hardware details like metal carabiners that fastened the designs like harnesses, a theme reprised from collections past.

Quote of note: “I like to see it as something that we call industrial elegance,” said Juul. “I hope people will see something new, different and interesting.”

Standout pieces: A cropped puffer flak jacket in pale gray; a shearling jacket in black with a collar so high it could double up as a face mask, and a sweater with a zipped double-collar and cutouts on the shoulders.

Takeaway: Heliot Emil moves in an austere, minimalist world. For life that is a combat, it was an appropriate — though far from uplifting — proposition.