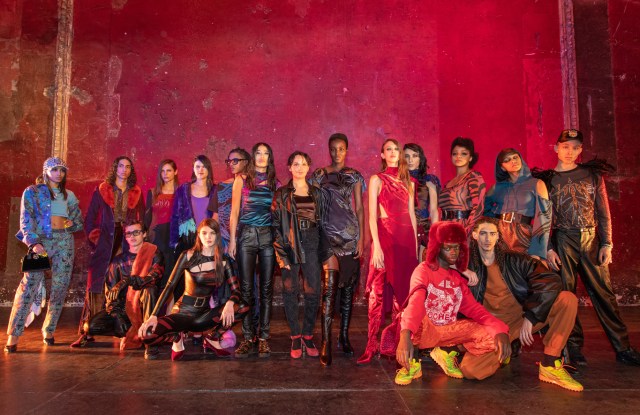 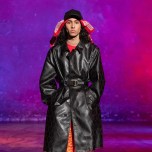 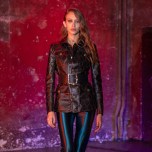 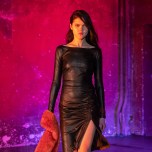 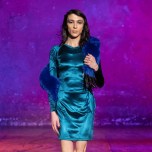 Christelle Kocher had new beginnings in mind for fall, and not just in hopes of a post-lockdown rebirth — she was looking at the bigger picture. “After everything we’ve been through, there’s also a will to think about fashion differently. Do less but better; be virtuous in production, and question the way we consume. My hope is that we’ll come out of the pandemic having learned positive lessons,” she said.

One such lesson was that comfort and fantasy can go hand in hand. Kocher went at her repertoire of gender-fluid staples with gusto, revisiting polo dresses, sweatpants, hoodies and tracksuits in everything from luxurious tweeds to laser-cut patterns. “It’s important to pass the message of fashion that is very real, urban and comfortable, but still brings us to this dream-like moment that fashion allows today,” the designer said.

A phoenix, the theme of the collection, played hide-and-seek throughout the lineup, each appearance an opportunity to showcase an artisanal detail or technical feat. A wing-shaped cutout kissed the neckline of a sweatshirt dress. The whole bird could be found amidst the elaborate print climbing up a Canadian tuxedo look.

The flames of its rebirth were executed a complex velvet flocking applied to denim or formed the jacquard pattern of a jersey dress. The showstopper was a spectacular feathered cape overlaid with a flocked geometric design and trimmed with crystals. Glamorous and sexy, none of these pieces felt fussy, balancing intricate cuts, say a bias-cut dress with asymmetric contrasting panels, with simple fabrics taken from sportswear, or applying extravagant treatments to easy shapes.

A handful of pieces, including crop tops, studded trucker hats, a mini bowling bag or a mesh top embroidered with Swarovski crystals and feathered epaulettes, were a teaser of an upcoming collaboration with American apparel brand Von Dutch, slated for early summer.

Kocher’s film, titled “Bird of Paradise,” featured digital animation sequences and live moments captured in the Paris’ historic Bouffes du Nord theatre. “I didn’t want to put on a fake runway show and just film that. Creativity is an incredible driving force, so it was also an opportunity to support to places of culture and creation that have been closed by bringing them to life,” she said.

A year into her partnership with the OTB fashion group, this was a confirmation of how the brand has benefited from its new production resources while keeping to Kocher’s vision.