Designer Jonathan Anderson was charmed by the old-school idea of getting up in the morning and seriously dressing up: the carefully chosen outfit, the right shoes, bag and jewelry. 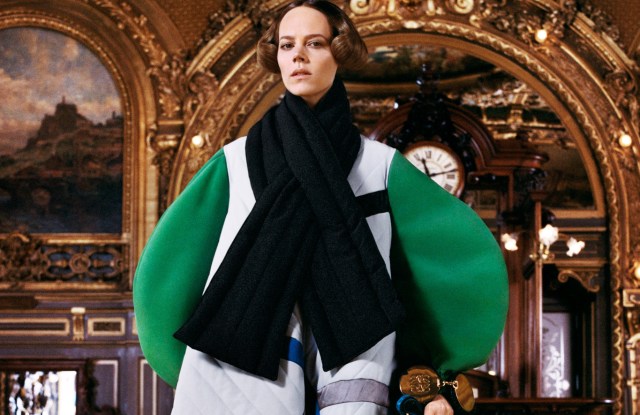 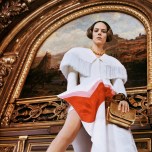 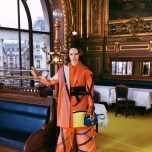 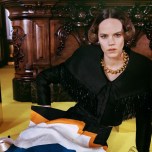 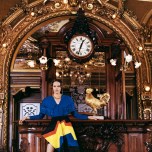 For all the talk of slower fashion, we still consume imagery of new collections with rapid-fire computer clicks and impatient camera-roll flicks.

To present his latest designs for Loewe, Jonathan Anderson reacquainted many, and probably baptized more than a few, with the gesture of reading a broadsheet newspaper. The 96-point headline on the front page screamed “The Loewe Show Has Been Cancelled” while subsequent pages unfurled with full-page photos of Danish model Freja Beha Erichsen wearing the fall 2021 collection at an ornate French restaurant, a minimalist office and a plant-filled private club.

Her hairstyles, which include a bouffant and tight poodle curls, lend a period feel to the images, as do some of the clothes: gorgeous cocoon coats and drop-waist dresses evoking the 1920s; while striped ensembles in psychedelic colors brought to mind the 1960s and 1970s.

Anderson attributed the retro veneer mostly to the styling. “I wanted the clothes to be very fashion,” he said over Zoom from Loewe’s Paris headquarters, at the same desk where Erichsen plonked her elbows and her oversize Flamenco clutch.

That said, the designer was charmed by the old-school idea of getting up in the morning and seriously dressing up: the carefully chosen outfit, the right shoes, bag and jewelry. “This collection is about putting in the effort,” he said.

Anderson certainly didn’t slack off on his daring, diverse and inventive approach to fashion design, turning his hand to everything from lean tailoring that winks to 1920s horse-riding jackets to sculptural dresses and coats with ballooning or arching sleeves. Quirky touches include giant fabric-cinching buckles on sleeveless tops, beefy tassels dangling from suede blazers and boyish footwear, including exaggerated platform moccasins.

While some of the prints and shapes verged on the clownish, they made you smile and think about strong women with mysterious characters.

Enter Danielle Steel. Eager to include some original writing in his newspaper, Anderson reached out to the prolific novelist, who gamely offered him the first chapter of her latest novel, “The Affair,” which happens to be set in the fashion industry, with the protagonist the editor of a fictional fashion magazine. Anderson was more than tickled by the serendipity of it all.

The first line of the book reads: “Heads always turned when Rose McCarthy walked into a room.”