The terrific video for this see-now-buy-now collection depicts Bella Hadid doing somersaults and Alek Wek spinning out of control. 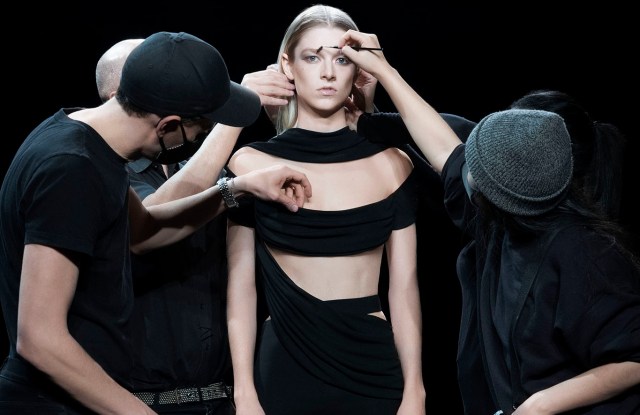 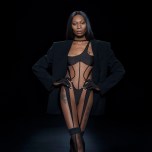 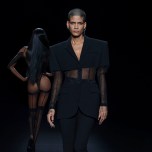 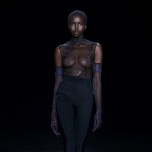 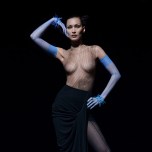 Casey Cadwallader opens his spring 2021 collection video by grabbing Bella Hadid by the hips and hurtling the model so high in the air she’s practically a speck in the darkened runway theater. Lo and behold, she nails the landing and struts backward in curve-seamed jeans and a sheer top with a dark band swooping across her bosom.

It added up to a steamy collection, and a dynamic video that depicted Hadid doing somersaults down the runway and Alek Wek pirouetting furiously — well, their body doubles at least. Omahyra Mota, a model from Dominican Republic who made a splash in the early Aughts with her edgy androgyny, made a return with the same scowl and additional facial piercings.

Here is a fashion video so gripping you are apt to revisit it. Cadwallader’s meticulous clothes also command attention, from a streamlined blazer inspired by one Thierry Mugler designed for David Bowie in the early ’90s to all those nearly nude dresses and bodysuits, achieved with a nylon tulle the designer called “bulletproof,” resistant to snags and tears.

“Mugler is about enhancing the body,” he said during a preview at the brand’s Paris showroom, showing off sheer bodysuits offering “impossible” necklines, and a sheer catsuit sheltering essentials only with strategic strips of black, like electrical tape on a nude body. Yep, Dua Lipa already called one in.

Cadwallader has revved up Mugler by dressing the likes of Lipa, Miley Cyrus and French singer Yseult in his body-baring fashions, characterizing it as his way of doing couture.

What he showed in the film will actually be sold, and immediately, as Mugler has fully transitioned to see-now-buy-now. The designer noted with some surprise that Mugler is selling a lot of pants in addition to dresses, though the former are as sexy and anatomically engineered as the latter.

Irina Shayk demonstrated this with her sultry walk and by turning around to show stretch fabric carved into buttock-framing swoops on the back of her jeans.

But the best performance goes to model and actor Hunter Schafer, who leaped onto the runway and crouched like a wild animal — in heels — and barely blinked when she became a live Bill Viola artwork and had a tub full of water dumped on her blonde head.