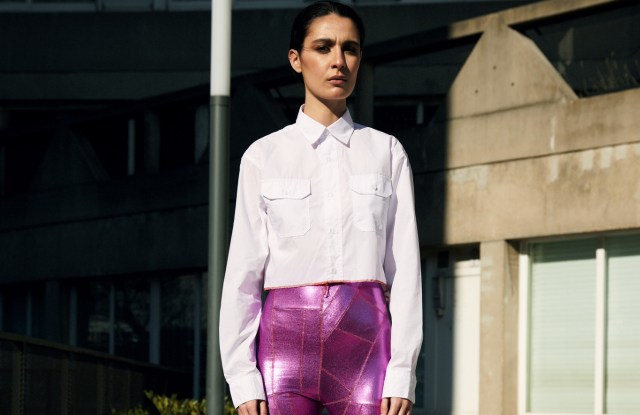 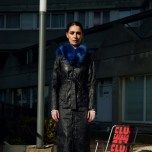 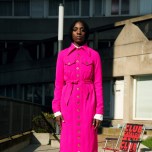 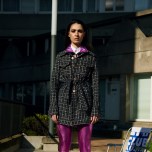 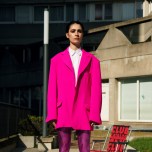 The neighborhood around the Xuly Bët atelier in the suburban city of Ivry-sur-Seine may be an ill-maintained brutalist maze in drab concrete, but pass Lamine Badian Kouyaté’s door and it’s an explosion of colors. His look book became a love letter to the area by making it as much a character in the visuals as his cast and collection. “I was thinking about bringing brightness back. One idea led to the next, taking me back to childhood memories, and moments of joy,” many of which featured his mother, who passed away three years ago. So although he did not intend it at first, layers that nodded to the nesting dolls she loved, metallic touches like wrappers for sweets they shared, or fabrics reminiscent of his childhood in Mali came through in this striking melange of pumped-up outerwear and revisited daywear.

The look: A joyous collision of textures and colors, for those who love the unique and artisanal.

Quote of note: “I wanted warmer things this season,” Kouyaté joked on a blustery March morning as he pulled out a massive faux fur coat that looked like a Sasquatch dyed hot pink. All jokes aside, he felt that “these times call for a bit of light and to recapture that warmth — like a cocoon or a motherly embrace.”

Standout pieces: A reversible voluminous puffer in a glittery blue crescent-moon wax pattern; a coat dress inspired by the pattern of a denim jacket and elongated to hit the ankle; a translucent pink plastic raincoat that could be worn alone or attached to the aforementioned puffer thanks to a smart invisible buttoning system; shirtdresses made of two repurposed past-season shirts; and a purple lamé dress that was half Quality Street candy wrapper, half Space Age glamazon.

Takeaway: Kouyaté walks to the beat of his own drum, but seeing him flip through a booklet documenting his 1997 show alongside his fall 2021 collection together drove home the idea that he’s always been in tune with what’s going on in the wider world — upcycling, inclusivity or simply joyful clothes to stand out in a crowd.