The fall 2021 collection paired 1960s tweed suits with metallic bodysuits, with waterfalls and icebergs as the backdrop. 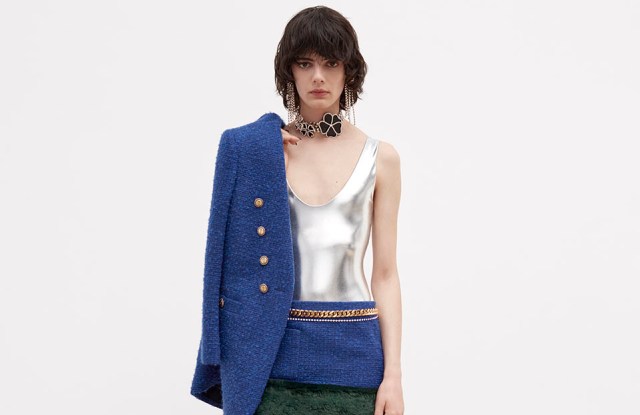 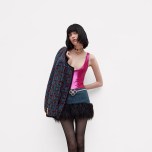 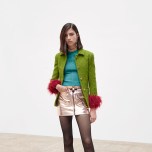 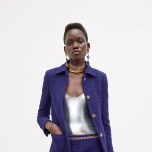 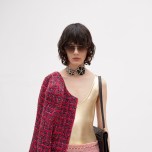 Runway shows for Saint Laurent in the shadow of the Eiffel Tower — the beloved Paris landmark sometimes twinkling, no less — have made Anthony Vaccarello fashion’s king of gobsmacking backdrops.

He’s adapted to filmed content magnificently, having taken his pin-thin models to places that would be improbable for live runway events and sending them strutting over sand dunes, or leaping over rooftops. What is real and what is special effects, he won’t say — nor will he identify the precise locations.

For his fall women’s show, the likes of Mica Argañaraz and Kiki Willems planted their pointy, metal-capped pumps and slingbacks on slabs of steaming volcanic rock, pebbled beaches and lichen-carpeted slopes, with waterfalls, icebergs, rocky cliffs and foreboding skies looming behind them.

Fur headbands, chunky costume jewelry and the sheer black hose brought to mind Robert Palmer girls and ’80s fashion shoots, though Vaccarello had in mind other musicians and periods — the edgy Canadian songstress Peaches, synonymous with metallic leather HotPants and skimpy bodywear, and the ’60s, a time of pert, fur-trimmed tweed suits with gold buttons.

“I wanted to push the line which separates bad and good taste, blurring each other’s limit,” he told WWD. “It’s very French to walk that line between the ‘good’ and the ‘bad.’ It’s about the shapes of the ’60s with the colors of the ’80s.”

The color combinations for daywear straddled dazzling and outré, while the teeny-weeny eveningwear oozed classic chic in black and white.

As for the majestic outdoor setting, Vaccarello said: “It’s the idea of a girl in a landscape where she doesn’t belong. I knew I wanted a wintry location, one which showed how strong nature is; how we are really nothing next to it, how ephemeral we are. It’s not a place where anyone is going skiing, but Saint Laurent should do something that’s like a dream.”

Here was another confident and focused outing for Saint Laurent, and a mesmerizing film that might inspire you to hop a plane somewhere cold, empty and volcanic (was that the Háifoss waterfall in Iceland?), or to buy something tight and gleaming. Or maybe both.