The UK’s answer to Abercrombie & Fitch — staged a spectacular of Burberry-esque proportions on Tuesday evening. 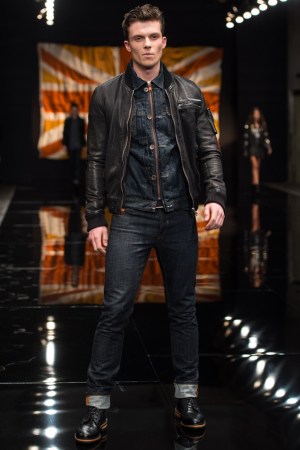 Known for its bi-annual show-cum-party extravaganzas (the last one was at Battersea Power Station), urban high street label Superdry — the UK’s answer to Abercrombie & Fitch — staged a spectacular of Burberry-esque proportions on Tuesday evening, showing a mammoth 120 looks across men’s and women’s wear in London’s cavernous The Old Sorting Office venue.

As co-founder James Holder commented, “the show’s energy and impact reflected the passion that runs deeply through the Superdry brand.” Following the show guests, fuelled by said passion — not to mention rum mojitos and lychee and blackberry martinis, partied long into the night.