Dunhill mounted an opulent display at the private Savile Club to showcase a collection inspired by English officers and gentlemen. 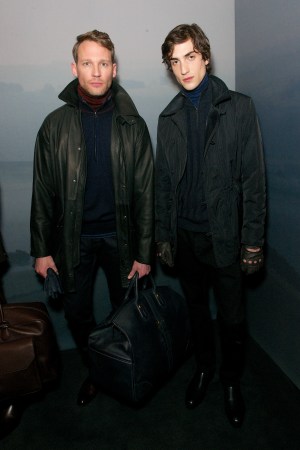 Dunhill mounted an opulent display at the private Savile Club to showcase a collection inspired by English officers and gentlemen.

“We went on a trip to Scotland to buy the Harris tweed and there were some beautiful colors up there in the landscapes,” said creative director John Ray. “What I also wanted to do was make sure that the inside of the clothes were as good as the outside. So we have all these hidden things in the jackets like the pockets, and fabrics that you wouldn’t expect: jersey, jersey-lined lamb.”

For its more casual Motorities range, the brand looked to its archives to create a lineup of supple leather coats, some with a shearling trim, and waxed cotton driving jackets.