The collection was inspired by the sophistication of Twenties pre-war Italy. 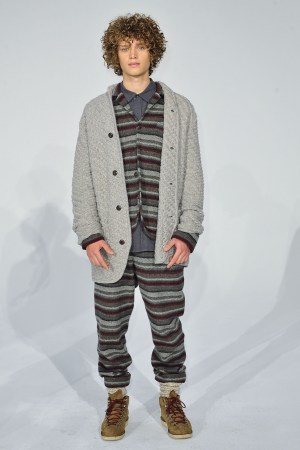 Peter Trainor, designer of Max ‘N Chester, made his debut at New York Fashion Week: Men’s, and continued with his signature comfortable aesthetic of day-to-night wear. The collection was inspired by the sophistication of Twenties pre-war Italy and featured an array of deconstructed suits, quilted blazers, frayed shirts and sweatshirts in terry knit.

While there were no new silhouettes, some of the fabrications, such as boiled wools, cashmere and french-terry knit separates, achieved textures that alluded to a modern and sophisticated interpretation of a peasant.