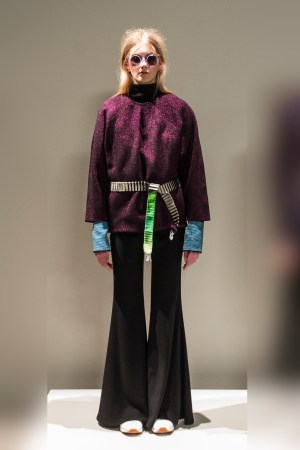 Entering its ninth season, the collection, entitled “Time,” showcased black turtlenecks disrupted by an array of vibrant patterns and fluorescent pops of color that broke up the monotonous aesthetic.

“The serape is a 500-year-old traditional garb that I chose to focus on this season,” Seco said.

The focus garment may be of ancient origin, but the collection still managed to speak to the downtown consumer while maintaining a fiery beat.