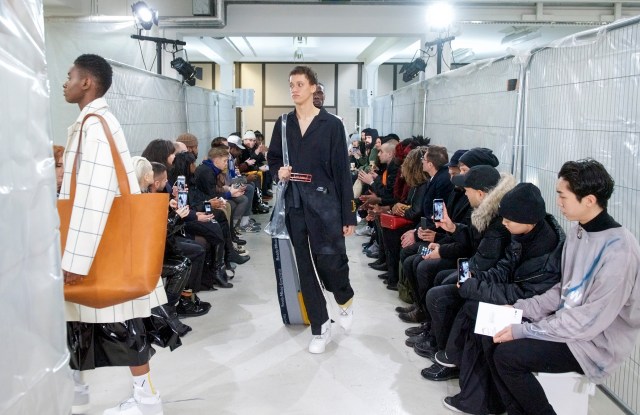 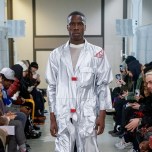 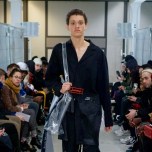 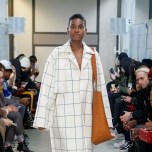 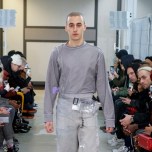 Ross, who made his runway debut during the fall London men’s shows, is benefiting from an arc of spectacular popularity among streetwear cognoscenti. He launched his label last May with just 25 pieces. He counts Barneys New York and Harvey Nichols among clients, and has already collaborated with NikeLab Air Force 1.

For his first full collection, which encompassed men’s and women’s looks, Ross looked to the melting pot of British city life and moved confidently beyond T-shirts and sweatshirts into interesting tailoring and outerwear in unexpected — but appealing — fabric pairings.

Highlights in the 14-exit show included a dapper men’s cream three-piece suit in a textured pinstripe, an oversized drop-shoulder coat in a cream windowpane check and a silver foil lab coat that fastened with neon red hardware.