McCartney's winter collection draws on her many worlds — including women’s wear, the Beatles, her father Paul McCartney and her efforts to work in an environmentally conscious way. 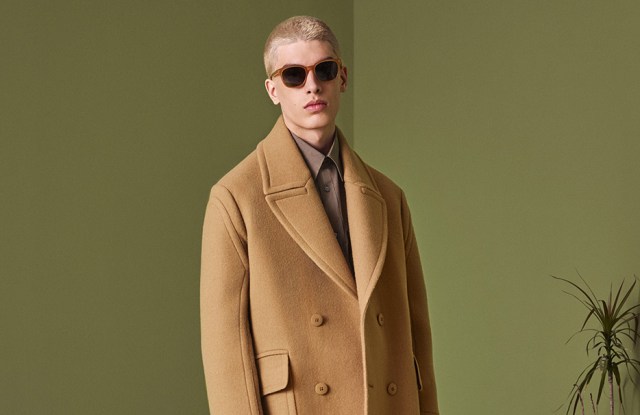 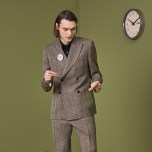 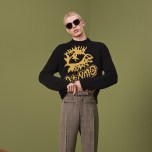 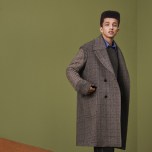 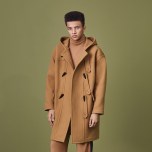 Stella McCartney is steaming ahead with her see-now-buy-now men’s wear, which launched last November, and her winter collection draws on her many worlds — women’s wear, The Beatles, her father Sir Paul McCartney and her efforts to work in an environmentally conscious way.

She said her “weird music heritage” made her think about how men used to dress — and all the fun they had doing it. “I looked at my dad and his peers, at punk, at rave, at different moments in music history. There was so much more exploration,” McCartney said, adding that in the past men felt freer to express themselves, and to play around with their wardrobes more.

Tailoring is a big part of the collection: There are boxy suit jackets with patch pockets, narrow trousers with built-in belts or cargo pockets on the leg and a double-breasted camel coat with rounded shoulders. “I’m a massive fan of the camel coat – that’s the New Yorker in me,” she said. There’s a camel duffel coat, too.

A more formal dark jacket with a bright red shawl collar is based on one of her father’s from the Seventies, which he had made. The short boots with the little ridge at the top came straight from George Harrison’s closet.

McCartney said Harrison’s widow has preserved much of his wardrobe and that she had the privilege of being able to look through the stash. The plaid double-breasted jacket is even called The Harrison.

Fun came in many forms: A smiling mouth with the words “No Smile, No Service” appears on a campaign-style lapel pin and on the back of a gas station worker type shirt. There is also what McCartney describes as a “bad” teddy bear coat — a cascade of caramel fuzz — and a black leather jacket with a fake fur collar that hits just below the hip.

“I really wanted that to look fake,” said the vegetarian designer who doesn’t work with leather or fur. “I didn’t want to be apologetic about it.”

Knitwear plays a big role, too: Chunky or boxy sweaters with patch pockets or extra long sleeves are made from regenerated cashmere (cut-offs from the factory floor) while a fat puffer in olive and orange has been crafted from recycled nylon.

McCartney said her approach to the  men’s collection is similar to that of her women’s. “I’m trying to do men’s with the same pace and rhythm and I’m trying to be mindful. I want to solve [wardrobe] problems.”

She said she’s eternally fascinated by how people reflect whom they are through what they wear, and that’s ultimately her role serving the consumer — man or woman. “I work for you, and I’m happy to do that,” she said.