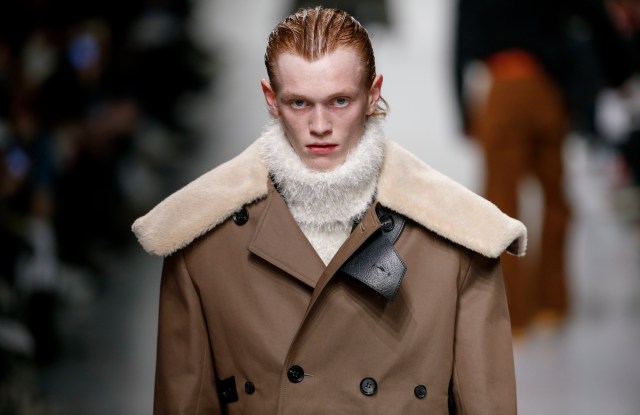 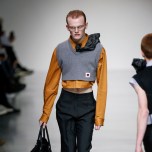 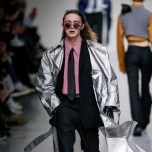 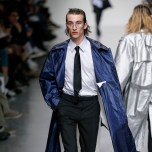 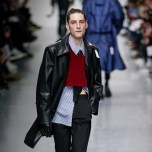 The neo-Wall Street looks that opened the show involved cropped shirts worn under even shorter sweater vests and ties (yes, abs on display). A silver trenchcoat was a fun addition to a black suit, while the layering experiments continued with a nice black leather car coat worn over a striped shirt and cropped vest.

He used Japanese denim treated with bleach for a lived-in look in a big boxy overcoat and an interesting pair of high-waisted trousers that were worn with a bare chest, but would look great worn with a fine cashmere knit on the street.

Some kimono coats in stiff leather didn’t quite hit the mark but Zhou’s shearling pieces, like a cropped jacket with outsized flight collar, was more bankable.