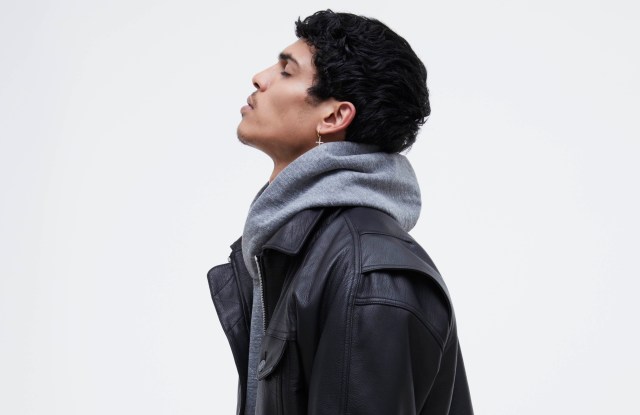 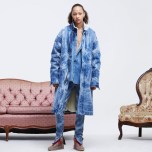 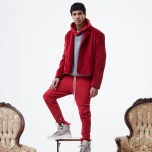 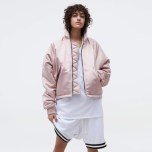 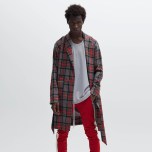 Jerry Lorenzo isn’t the typical men’s fashion designer. He holds an MBA instead of a degree from a fashion school, and he prefers to scour vintage stores and flea markets rather than sketch. He also waited 16 months before unveiling the latest collection for Fear of God, his cult label that has attracted fans such as Justin Bieber, Russell Westbrook, Kendall Jenner and Gigi Hadid.

In Fear of God’s Fifth Collection, which is the equivalent of a fall 2017 release, Lorenzo stuck with high school in the Nineties as his theme. This time, though, he walked across the hall from the classroom where the grunge rockers who inspired his Fourth Collection hang to the spot occupied by the hip-hop crew that also excels at sports.

“The muse is more of this high school athlete of the Nineties who, at the time, dictated what is cool in fashion,” he said during a preview at his studio in downtown Los Angeles.

Speaking this muse’s athletic language, Lorenzo introduced mesh and put a lot of attention on sweats, basketball shorts and jerseys. He also veered off course into punkish plaid pants with drawstring waists and unzipped ankles and pajama-style shirts and coats. He expanded his textile trove with alpaca Sherpa that lines hooded jackets and black leather that is crafted into jeans, a short-sleeved overcoat and a jacket blending elements of biker and trucker styles.

Cleaning up the hems and denim washes, Lorenzo also took little steps to give polish to the line. A polo collar spruced up a poufy French terry sweatshirt. A blazer in thick corduroy was anything but collegiate, amping up the volume with a boxy, cropped hem. “I’m offering something a kid can wear on a date or to dinner,” Lorenzo said. “Because it’s oversize, he’s not conforming too much.”

The Fear of God customer is certainly not afraid of grabbing attention, especially in a blush pink satin that is cut into a hooded bomber as well as a varsity jacket bearing the letter “F” on the front and, in Lorenzo’s first attempt at logo branding, the label’s name on the back. “In all honesty, I knew I wanted something that said ‘woman,’” he said. “This blush is so dope and it looks good on guys, too. It’s one of those pieces that says, ‘Hey, this is for you.’”

Despite the interest from Jenner and Hadid and his decision to include female models in his look book, the designer doesn’t intend to enter the women’s market. Instead, he ensured that the lowest spectrum of his sizes — for instance, a 26-inch waist for jeans — could fit women. “Women look really good in their boyfriends’ stuff,” he said. “Making my collection in an XS will suffice for me.”

Still, Lorenzo sees room for growth in accessories for the Fifth Collection. He added a trio of new shoes to the military sneaker that he launched last year and perfected cotton-silk bandanas printed with a clean geometric pattern. He also led New Era back to its roots as a Made in USA manufacturer in a collaboration of wool hats produced domestically. He is contemplating the commercialization of the branded gold jewelry he made specifically for a photo shoot. “We may offer a small run,” he said.

Whatever he develops, he follows the same design ethos. “It’s not statistics and trends,” he said. It all comes down to one thing: “Is it cool?”