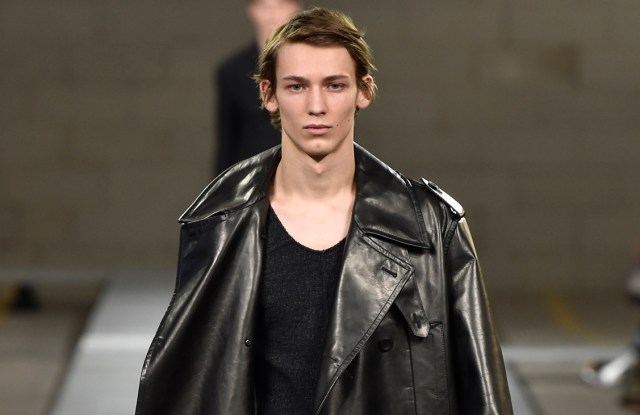 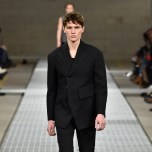 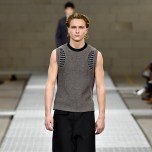 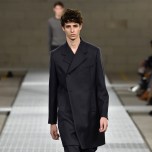 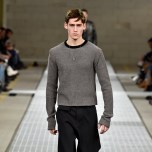 It won’t be easy for Lee Wood to relaunch the image of the Dirk Bikkembergs label after seasons of skin and muscle and macho marketing. But those who know the history of the business are aware that the brand’s founder was one of the Antwerp Six who shook up the fashion world in the Eighties. For his debut show at the label, Wood looked at the house’s original minimal aesthetic. The designer conveyed a rigorous, masculine look, which turned sleek and modern. Wood reworked a military aesthetic through a sartorial approach, which resulted in standout power coats, field jackets and parkas. Applied pockets decorated the shirts, while the suits featured asymmetric closures, as well as sporty touches with contrasting thin bands running down the trouser legs. Touches of eccentricity appeared in a thick sweater with fringed sleeves and the oversize big puffer in a pixelated pattern was on trend.