The Italian brand's collection for fall showed an evolution with a more sophisticated and at times playful offer. 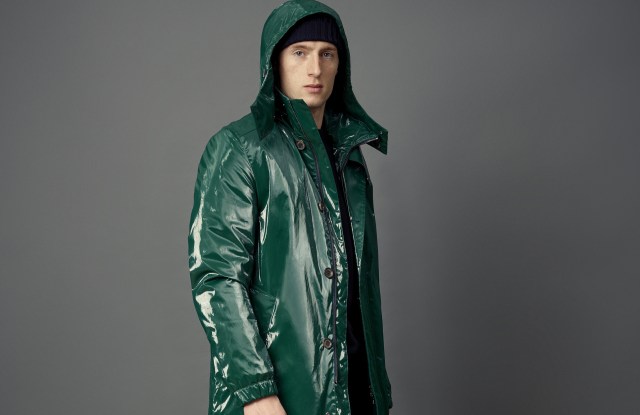 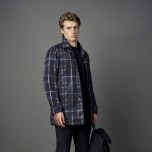 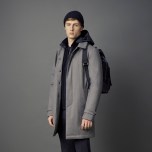 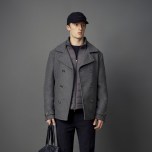 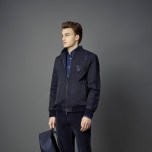 Paul & Shark showed an evolution with its fall collection, taking a more sophisticated approach while staying true to its casual and activewear roots.

Playing with its shark logo and other marine designs — a sailboat here, seafarer stripes there — and embellishment patches, knitwear was rejuvenated, worn under a puffer vest and comfortable slacks.

The Italian company is supporting the latest adventure of explorer Alex Bellini — the crossing of Iceland’s glacier Vatnajökull — with the design and production of down jackets and pants that will endure the frigid temperatures. The research into these pieces for the Freeze the Moment project, which will be documented by Paul & Shark on its social media platforms, trickles down to four new jackets named after water, fire, air and earth. The surface of the Fire Jacket, for example, has an iridescent effect reminiscent of bright flames. Waterproof and highly resistant, the jacket is made with a special fabric known as Tyveck that reflects the loss of heat onto the body and makes it ideal for the lowest temperatures. “This caters to our customer, say, the Milanese lawyer driving on his scooter to the courthouse,” said Andrea Dini, owner and chief executive officer of the company.