Bristol's Luke Tadashi and Tommy Nowels drew from a few sources for their collection, which is new to the New York Men’s Day schedule. 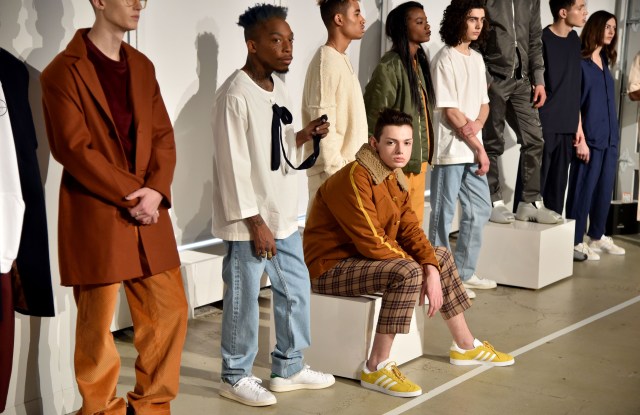 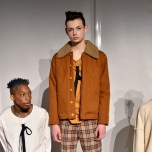 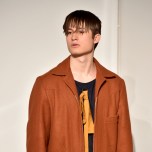 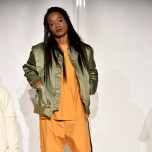 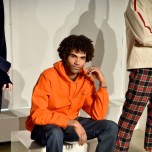 Luke Tadashi and Tommy Nowels, the California natives who design Bristol, drew from a few sources for their collection, which is new to the New York Men’s Day schedule. The NBA was the primary reference and Tadashi said Kobe Bryant, Tracy McGrady and Allen Iverson’s off-court style during the early Aughts influenced the line, as did rules and restrictions, specifically the rules that players were forced to abide by when the NBA established a dress code in 2005.

“These rules stripped players of their personal identities, but they also improved the way they dressed,” Tadashi said. “Many times when we are given constraints, we get more creative.”

The looks hit on the notes that are trending within streetwear — velour, bomber jackets and matching monochromatic sets — but what felt fresh were the cropped tartan pants, the shearling-collar coat with red racing stripes, and the dusty color palette, which was influenced by California landscapes. Also interesting was their use of fabrics, which were all Japanese. The Tito suit, which consisted of a bowling shirt and matching cropped pants, was made from linen while a classic sweatsuit style was reimagined in terry cloth and updated with pin tuck pants.

Tadashi and Nowels, who won Gen Art’s 2016 men’s wear designer of the year award, grew up together on Bristol Avenue in Los Angeles and completely understand — and embody — the way young men want to dress. Streetwear tends to be derivative, but the designers managed to present a distinct perspective.