The designer was inspired by the 1977 golden record that was placed on the Voyager spacecraft. 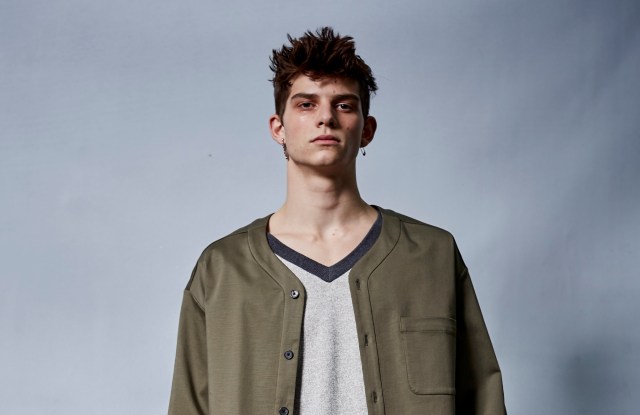 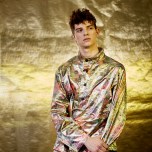 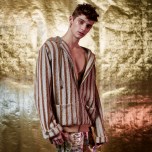 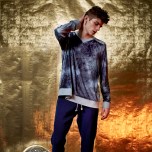 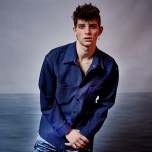 Designer Thaddeus O’Neil provided just that during his fall presentation, offering up a clash of disco and punk subculture with a dash of sartorial.

“It’s baroque disco punk meets Golden Voyager record,” the designer said backstage in summarizing his collection, which was inspired by the album “Music From Earth” that NASA included as part of a time capsule on Voyager spacecraft in 1977. The record, which included cuts ranging from Bach to Chuck Berry, spoke to the designer and influenced his offering for the season.

As a result, O’Neil’s lineup included metallic bomber jackets, coats that would button up completely to resemble flight suits and faux fur shorts, all very reminiscent of the late-Seventies time period. A suede shirt with a wave graphic on the back — O’Neil is an avid surfer — along with tube socks, were embellished with Swarovski crystals. In addition to collaborating with Swarovski, O’Neil worked with Vans on an assortment of sneakers that he spray painted either silver or gold and, in some cases, added roller skate bottoms, which helped contribute to the roller-disco atmosphere at the show.

Additionally, O’Neil presented one see-now-buy-now look that was well in tune with his offering.