The German designer presented a collection that was less “Mad Max” than last season and more intrepid explorer. 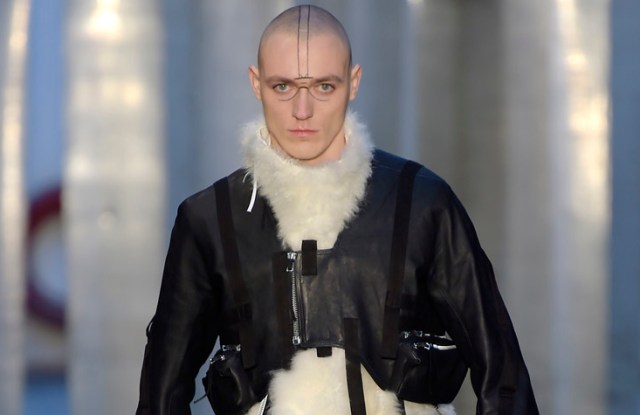 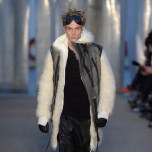 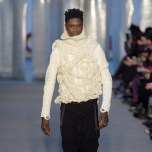 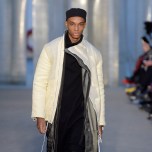 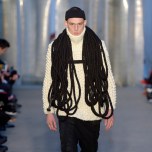 Boris Bidjan Saberi presented a strong, monochromatic collection with less of a Goth quotient than in seasons past. That’s not to say the German designer strayed from his signature layering of pieces and mixing of volumes. But here the effect was lighter, more intrepid explorer than the “Mad Max” character of his spring line.

Saberi’s dexterity at mixing fabrics and silhouettes was really brought to the fore. Particularly strong were white shearling coats peeping out from under jackets — both cropped and long. There were also chunky knit vests and sweaters, one even draped with loops of yarn adding to the mountain-man feel, and black fur coats.

The designer’s versatility was evident in a look like a white utility vest worn over a black leather jacket and three-quarter khaki trousers.

Numerous models’ chunky footwear with crampon soles was aggressive, but sporty, too. Like the collection.