The collection was soft-edged and cocooning, and Helbers approached his designs like an artist would a canvas. 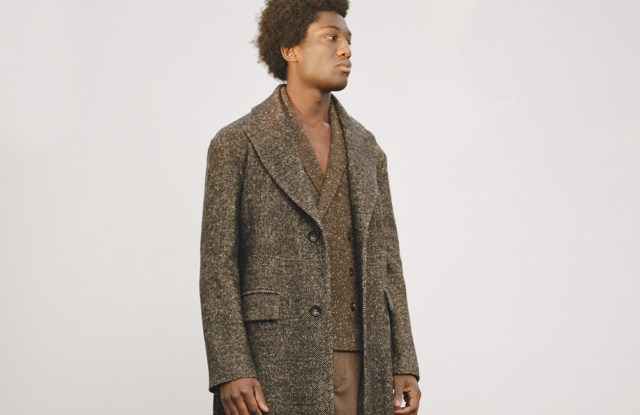 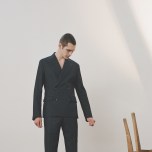 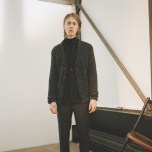 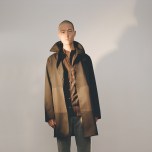 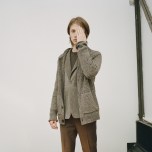 Paul Helbers is rapidly building momentum as a go-to designer for a modern — and thoughtful — spin on classic wardrobe pieces. For fall, the Paris-based designer, who worked at Martin Margiela and Louis Vuitton, looked to 19th-century paintings for inspiration and in particular to a self-portrait of a young man desperate to look older than his years (no Dorian Grays here). The artist was Émile Friant, and his too-big clothes — as well as the dark oil paints he used — were a source of fascination for Helbers.

The collection was soft-edged and cocooning and Helbers approached his designs like an artist would a canvas: A nubby, flecked green sweater was made from 15 colors of yarn, while a blue suit was made from strips of corduroy cut in different directions to create a new texture and mimic the impact of brush strokes.

Shoulders on coats and jackets were soft and rounded while trousers were roomy with pleat fronts, both reflecting the young artist’s borrowed outfit. Crombies were done in double-face jersey, as were two-button jackets and both looked and fit like cardigans, while a boiled wool coat had raglan sleeves. The pickings here were rich — and probably as comfortable as pajamas. While masterpiece may be too strong a term for this collection (and especially so early in Helbers’ solo career), it was certainly the work of a rising artistic talent.