Humberto Leon and Carol Lim highlighted green causes in their fall collection, the first under their new coed show format. 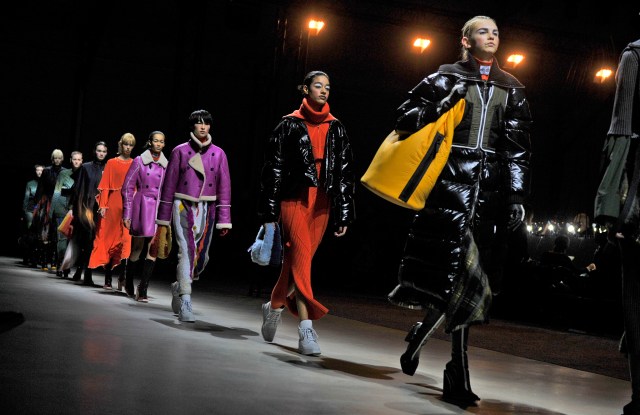 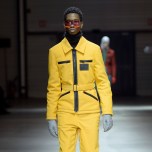 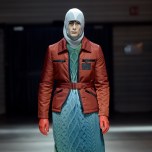 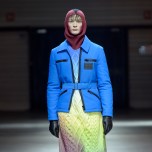 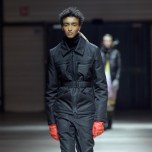 How’s this for recycling? Kenzo designers Humberto Leon and Carol Lim used their backstage area as the backdrop for their fall collection, the first under their new coed show format.
Some of the money they would have spent on a set will go instead to Ideas for Us, an organization that promotes grassroots environmental solutions. Kenzo is also encouraging its staff to get involved in local causes and has partnered with youth activist group Earth Guardians on a line of sweaters and T-shirts.

Leon said the clothes were inspired by Arctic surfing (who knew?). “It brought a bigger question to us, which is: Is that where we’re moving in this world, where you’re going to be doing summery activities in winter places?” he said after the show. “We try to use our platform to really talk about ideas.”

There were plenty of them in this offbeat lineup, which played with layering and a fantastic color palette ranging from polar white to chartreuse green and the electric hues of the Northern Lights. The aurora borealis prints appeared on items including dress-length cable knit men’s sweaters worn under ski jackets.

A yellow-checked anorak was spliced with a tailored black jacket and an elongated white puffer hoodie. “A lot of it was about almost kind of throwing on all your favorite things and, like, running out of the house,” said Leon, noting that many of the layered looks will be sold together.

For the women’s looks, the duo played with cocoon sleeves and drawstring waists to create chic Russian doll layers. Some parkas and anoraks came with decorative ruffles, while dresses and skirts trailed loose ribbons, which worked especially well with floral prints.