Outerwear won out in the wearable, leaf-themed collection. 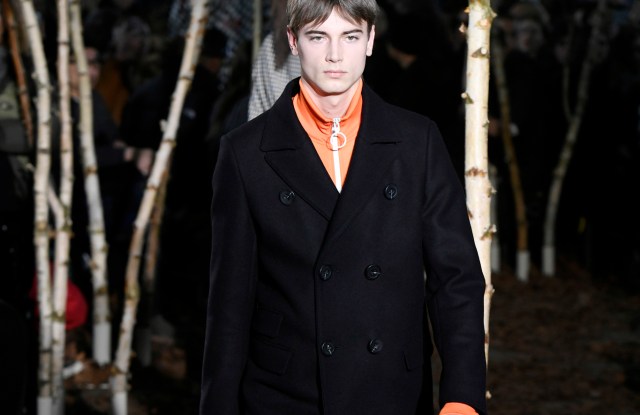 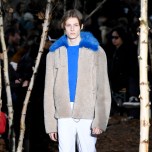 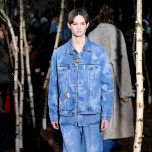 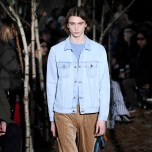 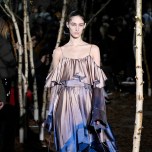 Virgil Abloh has a way of tapping into the youth zeitgeist. “I love fashion, I’m a consumer of fashion myself,” said the designer backstage. And it shows. The most successful pieces here were the less conceptual pieces. Case in point, the opening teddy-bear trench with a major retro feel over a sky-blue nylon anorak was followed, a few looks later, by a dreamy Canadian tuxedo dusted in a ghostly dove print. “There’s a layer of comfort in the collection, a dreamlike quality,” said Abloh, whose ode to Surrealism struggled to take flight elsewhere in the collection.

The designer pinned golden leaves on a lot of the looks to give this idea of a kid “rolling around on the grass in a cashmere sweater in the fall, and the leaves naturally falling.” The motif worked best on a deconstructed topcoat in bobbly brown wool that was to to die for.

The designer will always be rooted in street, but elements from the collection like the well-executed, double-breasted Prince of Wales topcoat showed that he is broadening his DNA.