For fall, Mahéo lent his light touch to the most basic of garments — the chino, cargo pant, camel coat and gray check suit. 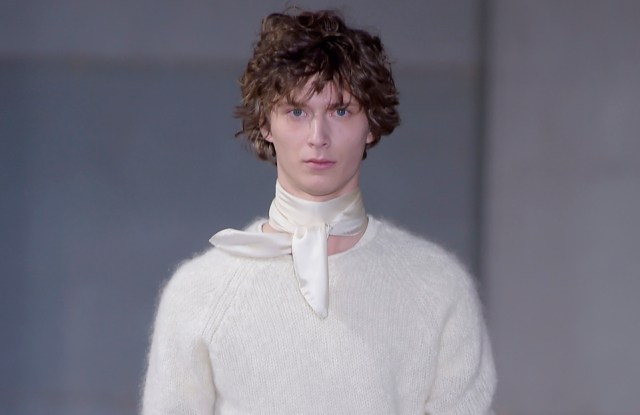 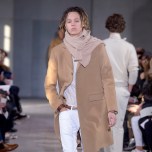 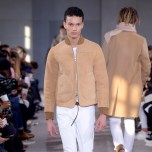 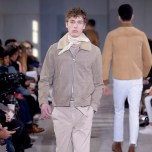 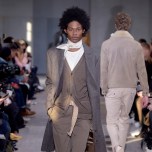 In a season where big is beautiful for so many designers, with sleeves engulfing arms and trousers dragging on the ground, Officine Générale’s founder and creative director Pierre Mahéo stood by the cool classics that made this contemporary label so covetable. For fall, Mahéo lent his light touch to the most basic of garments — the chino, cargo pant, camel coat and gray check suit — and made them soar.

“I was looking at my roots, what I breathed in growing up, and what I love. I looked at different generations of men who had lots of attitude,” said Mahéo, pointing to 20th-century filmmakers Roger Vadim and François Truffaut and the younger actor and musician Benjamin Biolay. “And I wanted it to look as natural as possible.”

Silhouettes were soft, slim and sensual, from the lean white jeans, camel coat and chunky knit that opened the show to the smoky gray or olive corduroy suits that appeared later. In a nod to those French charmers of days gone by, Mahéo knotted silk scarves around models’ necks, and made a case (easily won) for white denim in winter.

Outerwear was tailored and chic, including dark coats with blue military-style satin bands around the cuffs, herringbone toppers and flannel or suede bombers without an ounce of bulk. He paired them with cords and cotton trousers, some with cargo pockets and others with matching, built-in belts. Mahéo’s clothes may not be forcing the barriers of fashion, but they sure give a man a je ne sais quois.