The collection was presented in the brand’s new atelier in the Paris district after which it was named. 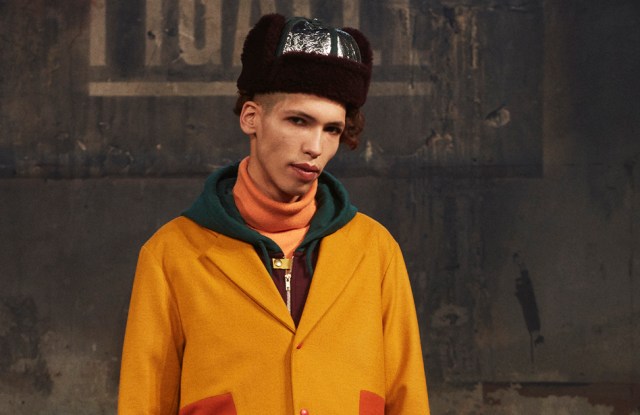 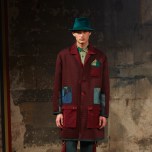 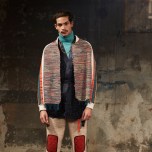 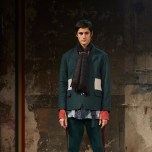 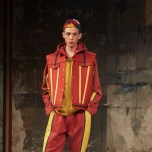 In a captivating presentation at Pigalle’s new production site in the gritty, multicultural district in Paris’ north that it was named after, designer Stéphane Ashpool first hosted a cocktail in the space where prototypes are tested and made. Bunches of patterns hung from the ceiling, above a brown-tinted lagoon where all the dyeing takes place. In the centre were four dyeing vats heated by tea lights. There was also a paper mock-up of a parka on a mannequin.

A bell tinkled and guests passed through a red velvet door into a theater space. The curtains parted to reveal a man wielding a pair of scissors. He was dressed in a boxy white felt coat, hat and pants. Soon after came a loose waistcoat made from cream jacket interfacing, worn with soft ribbed pants.

There were some lovely moments in this melting-pot collection. At times, all the patching, offbeat color combos and shine felt overcomplicated and flirted wth gaudy, like with the maroon jacket swinging with tassels and a puffer in bronze and gold.

Chalk it up to growing pains. This brand may be rooted in local street culture, but it’s going places.