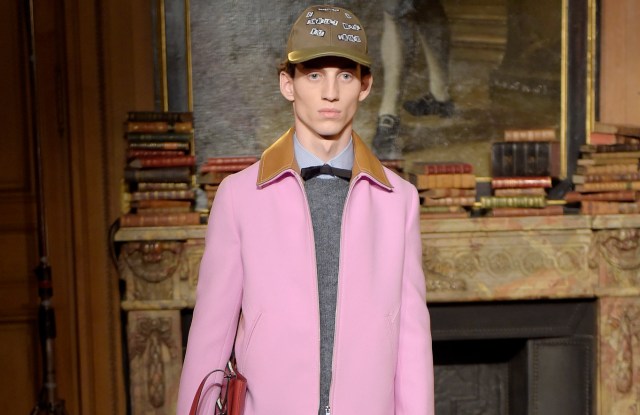 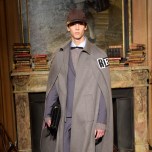 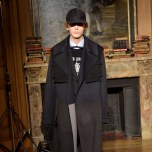 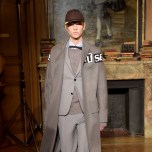 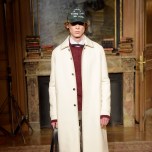 For his first solo men’s show for Valentino, Pierpaolo Piccioli left behind his regular venue, the Hôtel Salomon de Rothschild, for the equally stately Hôtel Particulier d’Iéna. “A change of perspective — why not? Change is a statement,” he said backstage before the show.

His split from longtime design partner Maria Grazia Chiuri, now creative director of women’s collections at Christian Dior, has forced Piccioli to reexamine his take on the modern male. The designer has always defended an individual approach to dressing, but whereas that resulted in kaleidoscopic — and sometimes disjointed — collections in the past, the message felt more focused this season.

Piccioli tapped Jamie Reid, the English artist best known for his Sex Pistols album cover art, to create what he called two short poems for the brand. “Beauty is a birthright, reclaim your heritage,” read one. “It seemed to be the end until the next beginning,” said the second.

Those phrases, in Reid’s signature ransom-note style, appeared on everything from an ankle-length gray double cashmere coat — one of four “couture” looks that opened the show — to a pink intarsia sweater. In a season filled with slogan merch, the baseball caps in particular should have cash registers ringing.

Piccioli did not go down the obvious punk route of safety pins and mohair sweaters. “To me, punk means being individual and breaking the rules,” he said, pointing to a mood board filled with images by iconoclastic artists like Francis Bacon, Lucian Freud and Caravaggio. “After all, in order to break the rules you have to first know the rules.”

So he gave the lineup a collegiate feel by pairing the outfits with sweaters worn over shirts with slim black bow ties. Shrunken suit jackets looked like they had been outgrown, while off-kilter shades like pastel green and pink gave duffel coats and workwear jackets a confident flair.

“There’s a new gentleness even for men, a new fragility. I think if you are able to show your sensitivity, it’s a new way of being strong,” Piccioli explained. If the Seventies plaids and baggy pants felt repetitive at times, there was plenty there for nonconformists to covet. A glossy black peacoat, in particular, felt quietly flamboyant.