The result was a collection of versatile separates that could easily be layered. 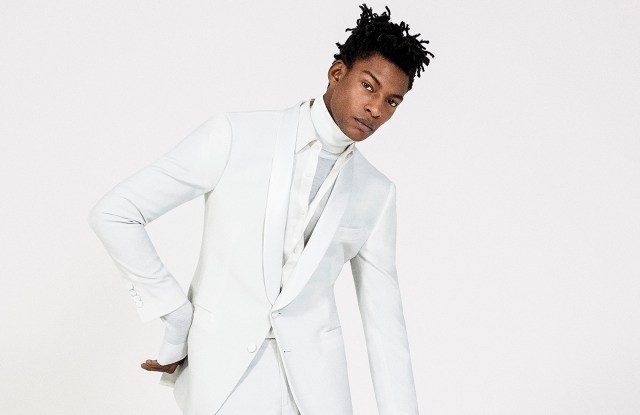 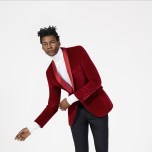 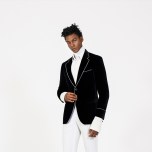 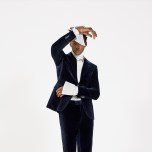 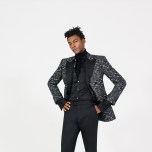 Adrien Sauvage, who moved to California from London in 2016, looked to his Afropolitan heritage, and said he was inspired by his Los Angeles-based clients, who often need to swing from daytime casual to red carpet formal in a matter of hours. The result was a collection of versatile separates that were louche, laid back and could easily be layered.

“Los Angeles is very casual. It’s the only city — more than New York, I think — where people dress up to go out in the evening,” said Sauvage. “You have more time and you go home and get dressed to go out. Whereas in London, it doesn’t work like that.”

He revamped a traditional kente cloth pattern and put a modern twist on it for jackets or on the trims on robes. A palm print, an ode to Los Angeles, was translated into a silk jacquard for a black evening suit, which Sauvage styled with a silk shirt and cashmere top.

The designer experimented with fabrics, and used satin and velvet to expand looks to evening. He dressed his model in an all-black ensemble, layering a cashmere roll neck under a silk shirt and a satin robe. This was paired with a tailored velvet jacket and trousers. He worked with a palette that was clean and pure using hues of off-white, lipstick red, light gray, pale blue and midnight.