Berthold looked at the structures of contemporary churches, which framed his focus for his collection of easy separates that were luxe, cozy and tactile done in hues of of copper, marsh and black. 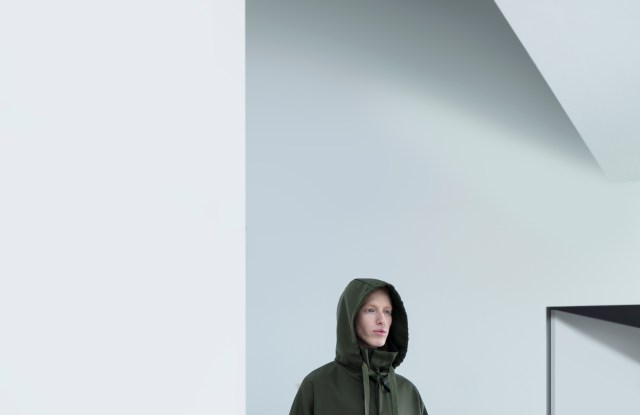 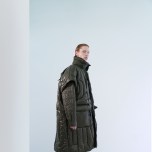 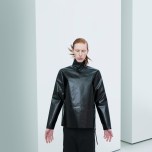 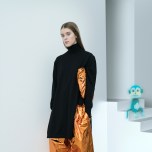 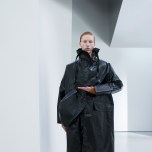 Raimund Berthold collaborated with the British artist Ed Fornieles to create a fantasy world and crafted a collection reminiscent of cosplay filled with archetypes of characters in their futuristic dreamland.

“Art plays a very definitive role for me,” said Berthold. “It isn’t something I grab at the start of the season for inspiration – and with the fashion calendar the way that it is right now, it felt like the right time to create work alongside an artist. To pose some real questions about what’s going on in the world. I wanted to pass the collection over to Ed [Fornieles] and allow him to reinterpret and direct how our clothes could be seen. It has been so exciting to watch him build a new context for them.”

Berthold looked at the structures of contemporary churches, which framed his focus for his collection of easy separates that were luxe, cozy and tactile done in hues of copper, marsh and black.

Highlights were soft oversize coats that were exaggerated and cocooned the wearer. There was a black snug-looking sheepskin coat while a heavyweight army green coat was constructed with a detachable hood. References of beams and the pointy window frames were seen in the geometric cutting on a parka done is a soft Japanese wool, which gave it a modular silhouette. He incorporated a rubberized cotton on an oversize hooded raincoat. He also played with branding, adding his logo onto outwear such as a puffer jacket or on a soft lamb’s wool scarf.