Andrea Pompilio presented nine looks capturing the brand's essence as he celebrated the launch of his online store, AP Supermarket. 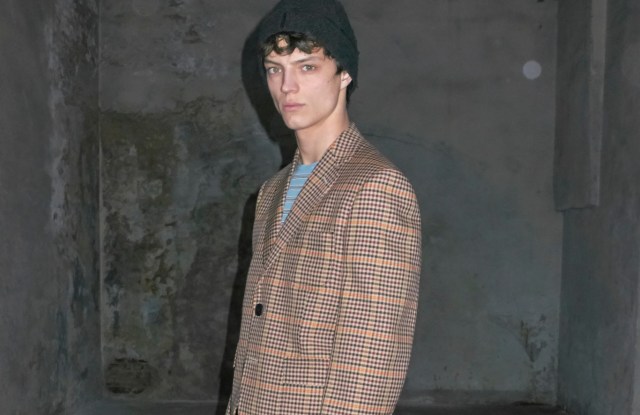 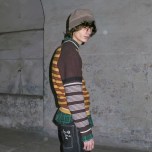 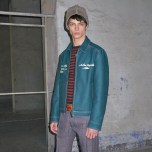 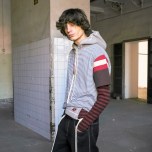 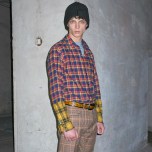 Andrea Pompilio presented nine looks capturing the brand’s essence as he celebrated the launch of his online store, AP Supermarket. It is a new platform that will carry the label’s collections as well as pieces selected by the designer, and often reworked by him, with plans to possibly add other brands he loves from around the world.

It was a neat edit that captured what he’s about: A playful wardrobe pick-and-mixing streetwear and old-school sartorial basics, “like a skater-meets-dad’s-wardrobe.”

He sometimes fused the two, like on a cool winter anorak mixing black polyester and a checked men’s wear cloth, separated by a bright yellow band.

A Fifties-scented black and orange loden coat with a martingale at the back, and a boxy three-button egg-shaped jacket meant to be worn like a bomber or overcoat were particularly cool.

On the bright side were jacquard socks and knits flipped inside out to give an embroidery feel.