The designer updated some of his signature pieces for his John Varvatos 2.0 collection. 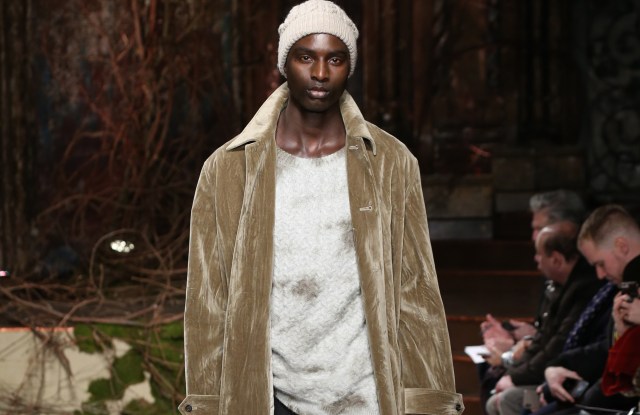 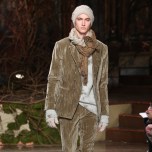 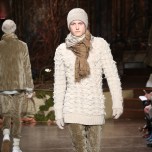 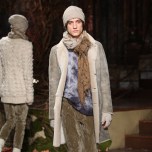 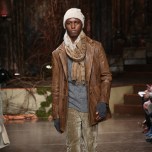 John Varvatos went “rogue” for his fall show, eschewing the official fashion calendar to present on the eve of Grammys weekend in New York.

He selected an old synagogue on the Lower East Side and filled the front row with musicians and executives in town for the big event at Madison Square Garden: all three Jonas brothers, Thomas Rhett, Young Paris and Iggy Azalea among them.

It was ironic then that this season, Varvatos showed less of a rock ’n’ roll aesthetic than in the past. “I never think of us as rock ’n’ roll,” the designer said backstage before the show. “That’s other people’s perception. But it does have an edge to it.”

Instead, the designer set out to “change it up,” with a show he titled “John Varvatos 2.0” that “explored the notion of looking back to look forward,” according to the show notes.

He turned to his greatest hits over the past 17 years — textured fabrics, handknit sweaters, hand-finished leathers and pumped-up trainers — modernized in terms of silhouette and materials — to offer his take on the street “and how we’re living today.”

Despite the slightly oversized proportions, the collection was not streetwear — intentionally. “I appreciate streetwear but I’m not influenced by it,” he said.

The standouts included a handprinted cashmere coat and sweater with a cloud print, a washed wool down-filled parka and another version in leather.

Varvatos also showed some of his signature tailored clothing along with neck scarves that were thicker and more cocooning this time around.

All in all, “John Varvatos 2.0” was, on the one hand, very familiar and, on the other, more refined and romantic than in the past. Consider it soft rock rather than rock ’n’ roll — and a welcome tune at that.