The collection was filled with sexual references. 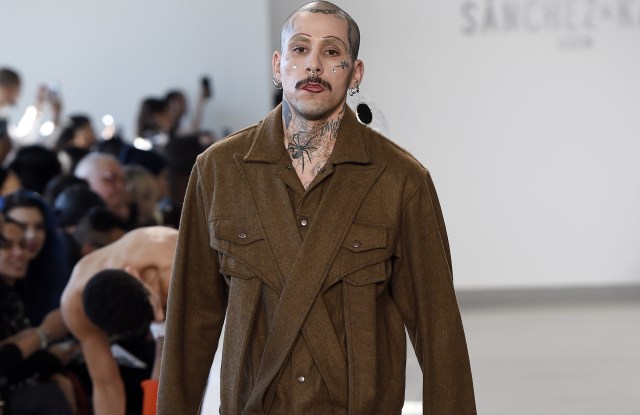 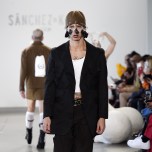 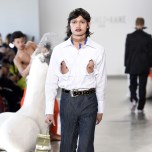 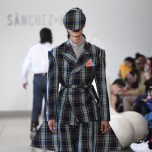 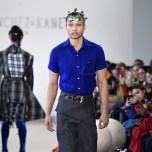 In what can only be described as a sexually charged show, designer Barbara Sanchez-Kane presented a collection full of fetish influences — breaking down taboos and barriers that she said stemmed from the lack of sexual education for youth in her native Mexico.

“Growing up in school, they were afraid to talk to you about sex,” the designer said backstage, where she was flanked by two male models wearing only thigh boots and jock straps. Shirts that exposed nipples, suits with abdomen cutouts, and trousers with bondage straps were among some of the garments she used to make her point on the runway.

The tailoring delivered the most powerful fashion message: Her array of multi-plaid patterned suits were inspired by school uniforms in Mexico City, all built with strong shoulders and multiple lapels.

While the show had shock value, Sanchez-Kane gets extra points for her fearlessness and creativity, delivering a strong message along with her strong clothing.