Henri Alexander sent out a pastiche of his favorite things. 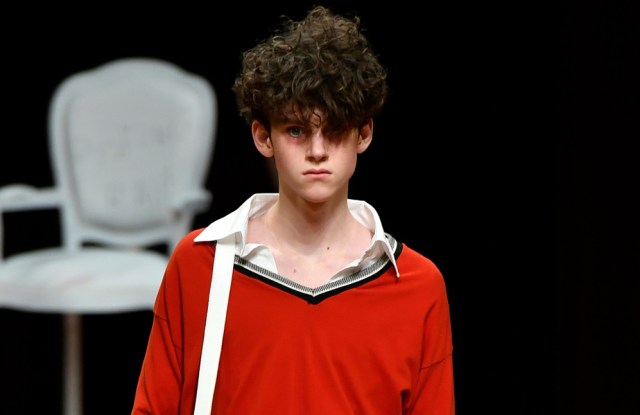 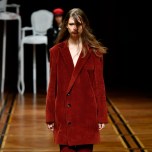 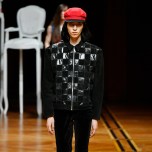 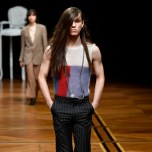 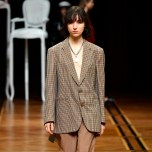 “It’s just a pastiche of different things I am into,” said Henri Alexander, in describing the inspiration for his fall collection. “I feel like I got into this kind of Bauhaus, Twenties, Thirties, Forties aesthetic this season with Rauschenberg-style graphics and even Kandinsky paintings with the checkers.”

He added checker motifs were Ska influenced, as well, and that his brand — whose name in English means Depressed Rich Kids — has an ongoing relationship with chessboards à la René Magritte or Marcel Duchamp. Throw in the music Alexander likes, a touch of Fifties fashion silhouettes and you have his pool of influences — of the moment.

The designer makes clothing he wants to wear himself. “For me it is really important that this is like real clothing,” he said.

Alexander’s signature rock aesthetic was on full form, from the skinny stripe pants to more literal nods, like a John Lennon sweater, with a strong leather offer.