The Israeli designer charted a course through a nautical theme, and considered the suit as a form of workwear. 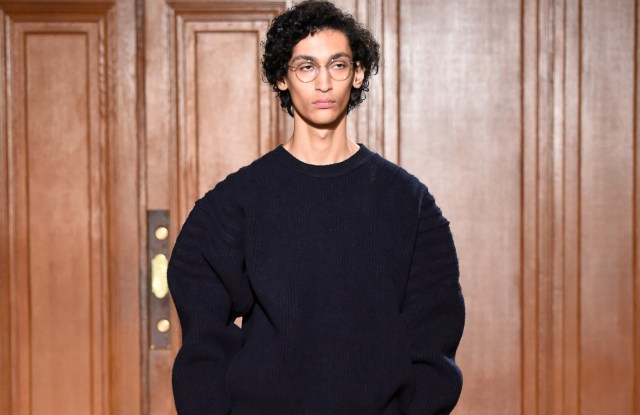 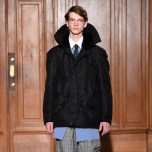 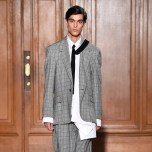 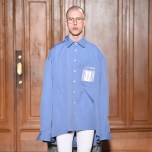 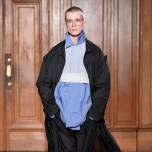 For his third show in Paris, Israeli designer Hed Mayner charted a course through a nautical theme.

There was a melancholy mood to the voluminous jackets with sleeves falling to the fingertips, back-to-front shirting mimicking a sailor suit, and in the outerwear, some of which were capes crafted from recycled sails.

“They’re things that you go to sleep in, pieces in which you have a life,” he said backstage. Even the landlocked will get mileage out of boiled wools in a palette of navy and grays that spoke of cold-weather strategies from a time before technical materials. Extrawide trousers that pooled at the ankle and collars turned up as high as they’d go, and then some had something of Corto Maltese to them.

The waters between utilitarian and tailored clothing can often be rough, filled with oversized proportions and unflattering silhouettes. In reframing  tailored outerwear and suiting into a form of workwear by playing with scale — magnifying and downsizing is one of his signatures — Mayner found his way to a safe harbor between the two.