Undercover's brother line is growing up, getting a new visual identity and a stronger development of its aesthetics. 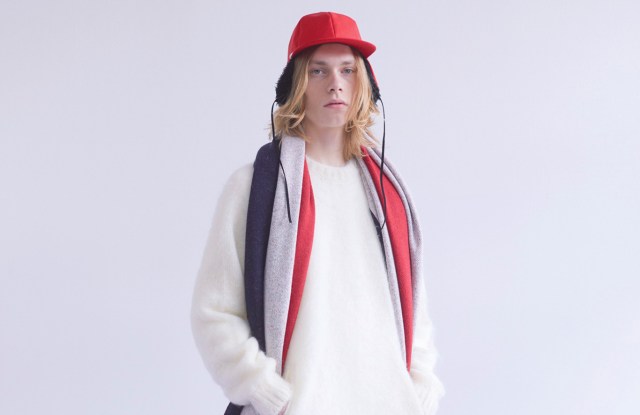 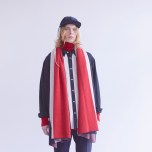 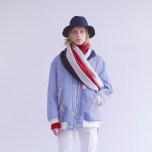 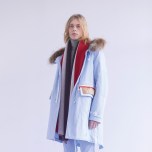 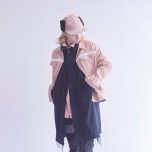 There is change afoot at John Undercover, the brother line to Jun Takahashi’s Undercover. While still billed as an effort to focus on the everyday, the envelope was pushed on detailing, imparting a feminine touch to smart separates inspired by the Wild West and ceremonial uniforms.

With its palette of red, lilac and powdery pink on top of denim and neutrals, the West came with a touch of Jimi Hendrix, hinted in the rose corduroy jacket with elaborate white trimmings across the chest, or the blouson with frog fastenings down the front.

While John doesn’t receive the transformative treatment of its older sibling, such additions contributed to pulling away from its basic parameters. Embroidered studs climbed up the lapel of a cardigan, or banded diagonally on the thigh of white jeans. Grosgrain tape ran along the back of a cable-knit sweater’s arms. Plaids had metallic thread woven into their grids. As a whole, the lineup felt meatier, richer for its evolved basics; quality execution was immediately apparent in the detailing, too, heightening desirability.

Takahashi obviously finds personal enjoyment in this line: on a shirt, an all-over print featured little doodles, including the elephant with which he signs his notecards. Equipped with a new logo — a curving font that evoked Sanskrit — and this stronger flavor, John’s one little brother to watch.