Humberto Leon and Carol Lim presented their coed collection on a movie set, where actors performed in a live-action featurette. 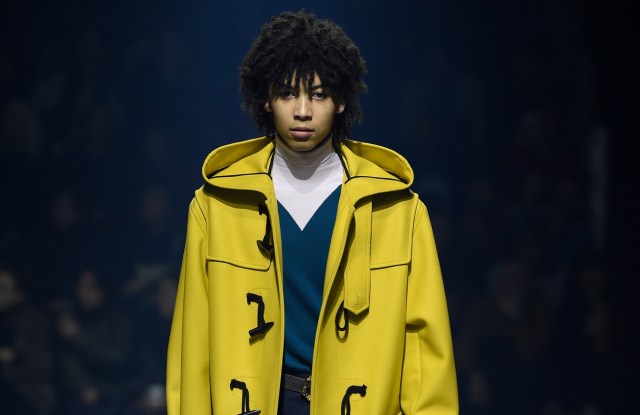 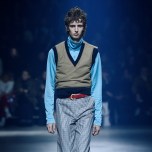 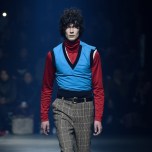 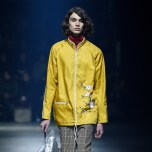 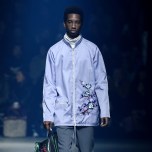 Humberto Leon and Carol Lim have carved out a bit of a niche with their performance-based shows and collaborations with edgy directors, so perhaps it was only natural that they should graduate to becoming filmmakers themselves.

The duo’s coed fall collection for Kenzo was presented on a movie set, where actors busied themselves in areas decked out like a kitchen, living room, bathroom or dining room. It appeared like an amusing, if somewhat distracting, backdrop to the clothes until the interval between the men’s and women’s segments.

What unfolded then was a live-action featurette, shown on big screens, about a young man who dyes his hair blonde, much to his mother’s dismay, and finds perfect friendship with a girl. It won’t surprise anyone to learn that it was based on a true story.

“There was a simple story that we had told people about, which was my mom freaking out when I dyed my hair blonde. And Carol and I happened to have met that year, so it was a fun, silly story that we blew up into this wild mini six-minute film,” Leon explained backstage.

The duo channeled their passion for cinema into a collection that was rife with strong characters: boys in chubby animal print furs and lamé pants, or shrunken sweater vests worn over printed shirts and Seventies-style high-waisted pants.

Even the looks more grounded in reality were augmented: a plain blue workwear-inspired jacket might feature a red leopard print collar and pocket flaps, while a classic duffel coat came in an acid yellow-green.

“It’s about different occasions,” explained Leon. “We’ve obviously watched a lot of films throughout our 25 years of friendship and we wanted to play on films and kind of create different characters throughout, but almost kind of tell one story.”

It was a charming concept and a touching tribute to one of fashion’s most enduring and productive partnerships. So how would Lim sum up their characters? “Maybe like twins — because I think it’s definitely not normal being friends this long and getting along and spending all our free time together. It’s definitely special,” she mused.