By disrupting the equilibrium, Junichi Abe created a new balance that was far from a banal play on clashing styles. 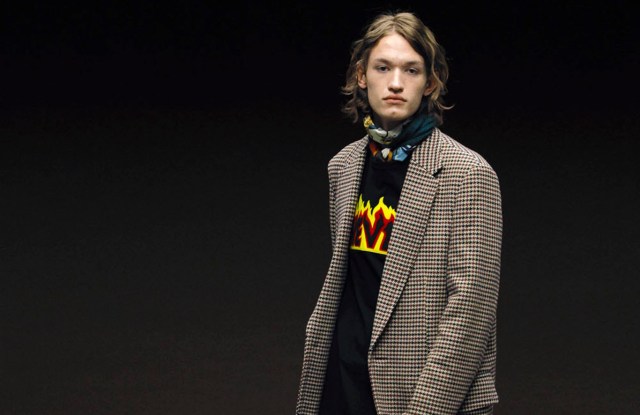 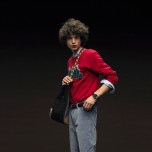 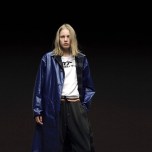 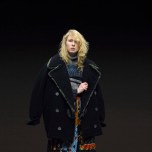 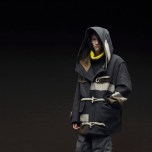 Junichi Abe wanted to express a mood, rather than a theme, for fall, playing with what he described as “balance” to deliver an execution that was slightly off kilter. He mixed tailoring fabrics with workwear and sporty elements, playing with cuts and contrasts, highlighting the different textures he played with in a way that engaged the eye and encouraged one to touch.

By disrupting the equilibrium, he created a new one. This was far from a banal play on clashing styles.

A baggy tailored jacket in a camel houndstooth check was paired with a black sweatshirt with a felt appliqué logo that read “Uneven” in the form of flames. Another, double-breasted, was adorned with giant denim pockets in the blue-collar style, while a gray duffle coat with a giant hood and graphic blocks of beige and brown was another standout.

Pants were worn wide and slouchy, whether tailored or track, the latter done in pure wool or rough nylon with a contrasting polyester crotch detail. The knitwear also got the hybrid treatment, in asymmetric patchworks of differing weaves and colors, again in outsized, cozy forms.