Nicolas Andreas Taralis is back in town with a collection for men and women that he describes as more democratic and accessible than offerings past. 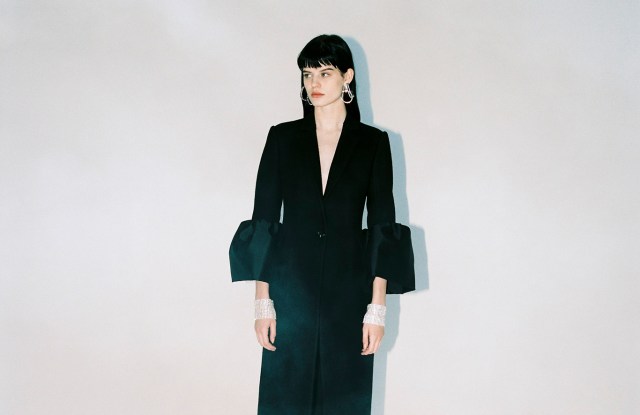 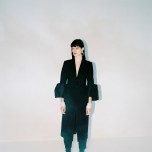 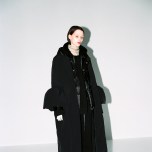 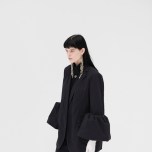 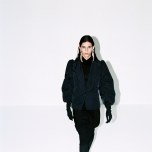 After a few years’ hiatus, Nicolas Andreas Taralis is back in town. Having focused on developing his business in China in recent years in collaboration with a local partner, he is bringing his namesake label back to Europe.

The Gray line, already offered in stores in China alongside his Black line for men and White collection for women, is more accessibly priced than his previous collections, and is intended to be more approachable and democratic, the designer explained.

“I’ve always regretted that things were so expensive,” he said. Jackets in the new line, for example, will sell for around 750 euros, about half the price of his previous collections.

In the past — Taralis last showed a men’s collection in Paris for fall 2015 and products for both men and women for fall 2014 — his designs were stocked by retailers including Printemps, L’Eclaireur and Ikram.

For his comeback proposal, Taralis wanted to establish a basic wardrobe, and it was somewhat of a departure from his structured looks of the past.

Subtle military references — a tape detail here, a quilted nylon sleeve there — peppered the largely monochrome collection. Each piece was either navy, black, khaki or a pale mint green in reference to early Modernism. Prints, when they were featured, were generally tone on tone graphic blocks, or at their brightest, blue on black. The silhouettes were less structured, the fabrics lighter, with boxy shapes and sporty elements like sweatshirts, T-shirts and simple sweaters key. A pleather biker jacket — the designer is vegetarian — complemented the lineup, and was padded for added practicality.

There was also a full proposition for women. A classic tailored coat with puff sleeves was offered in two versions, one more structured in wool, the other, padded, made from functional nylon. This duality was played throughout, with dresses, too, offered in high and low versions; one off-the-shoulder cocktail dress was fit for a party, the other, in PVC, definitely had an almost fetish bent.

He draped crepe and silk into structured yet fluid pleats on dresses, skirts and pants, enlarging the color palette to include a vivid olive green and focusing attention on the back of the neck with semi-open backs and off-the-shoulder looks.