The fashion crowd went wild for the madcap hunting-inspired collection. 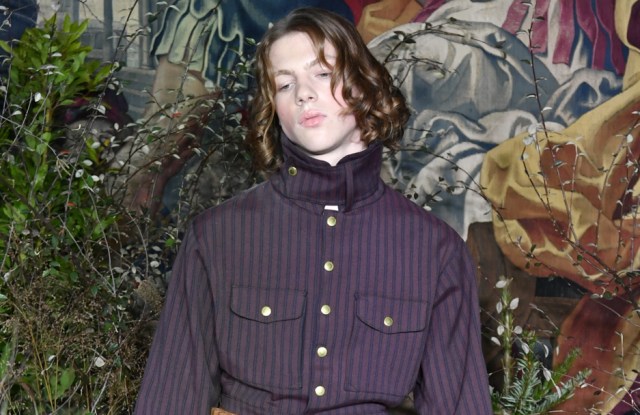 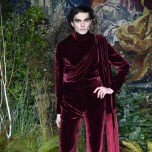 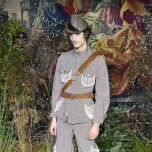 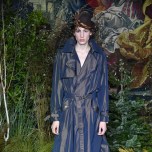 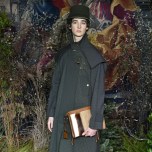 What better start to Paris Men’s Fashion Week? And to the year, while we’re at it.

The Elizabethan-style period dressing bit — think guys in doublets with slash sleeves, pleated brocade tunics and onion-shaped hose like puffed shorts — was where it all exploded.

The silver sequin chainmail dress with green capelet was a real head-turning moment. As were the silk brocade chaps. Other looks, like the stately black cape dusted with crystals, had a turn-of-the-century, woman-in-mourning feel, with the designer’s work recalling early John Galliano, pulling from a lot of different source material.

But for all the camping around, the craftsmanship was exquisite, especially the intricate shoulder constructions. Hunting hats with splays of feathers and fringed leather bags finished off the looks.

A drapey camel trenchcoat with a pale blue shirt with ruffles on the collar had the perfect balance.

There was a liberating, gender-free, fairy-tale mood. But the show, with its flared pants and rich fabrics like richly colored duchesse satin, fringed velvet and silk brocade, also had an eccentric Seventies rock star thing to it in the spirit of Little Richard or the New York Dolls, like his own coquette spin on glam rock or new romantic.

The stuffy hunting set would probably set the dogs on it, but the fashion crowd, always hungry to sniff out the next rising star, went wild for it.