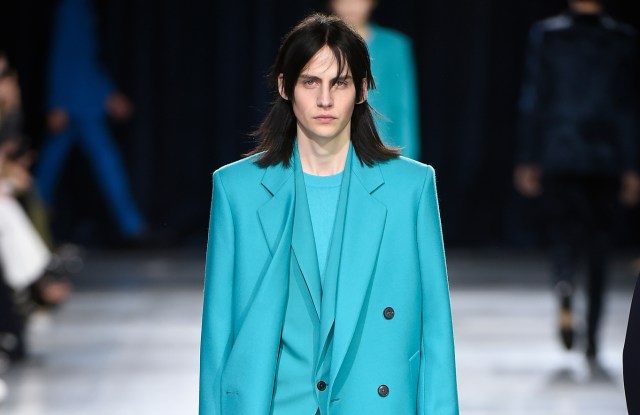 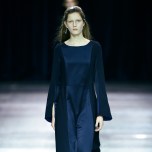 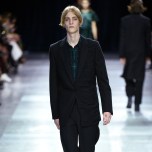 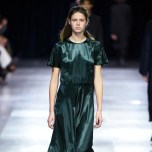 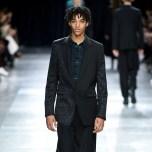 Paul Smith channeled several of his youthful obsessions — Sixties couture and the psychedelic pop scene — in his men’s fall collection, which he showed alongside women’s looks.

But there was nothing backward-looking about the display, held in a raw industrial space in the Cité de la Mode et du Design. The outfits, which fused precise yet wearable tailoring with saturated color, made a powerful argument for dressing up in an era when bathrobes count as outerwear.

The opening look, an austere black coat with satiny pleats down one side, set the bar in terms of cut and technique. Backstage after the show, Smith — who as a 20-year-old attended Yves Saint Laurent’s first show — explained that its lapel was pad-stitched rather than fused, a detail only connoisseurs will appreciate.

“I wear a suit every day and have done for 100 years, and I’m completely aware of what’s going on in the world, and we understand it, but I just wanted to play with the tailoring again,” he said.

“I think in many places we’ve lost the way of dressing,” Smith added. “What I want is to be able to dress up and feel like you look special.”

Some of the outfits came in his-and-hers versions — including a blue leather jacket, a purple houndstooth coat and a colorful intarsia sweater — but the androgynous elements of the women’s collection were beautifully balanced with seductive items such as liquid satin dresses, or a midnight blue belted smoking jacket.

The psychedelic element came via forest-themed patterns and prints inspired by the illustrator Edmund Dulac, and the unapologetic use of color on a sequence of top-to-toe turquoise or red suits.

“It’s a very satisfying collection for me personally,” Smith said. The feeling was mutual.