Whatever lens you looked through, it was a confident collection that drew upon references to Western dress, motocross sports and traditional men's tailoring. 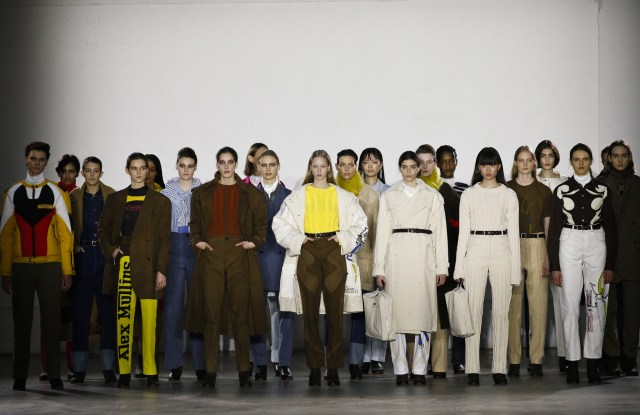 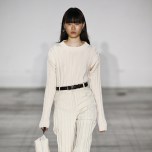 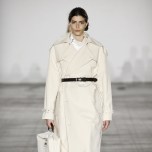 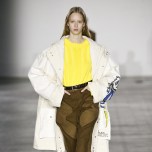 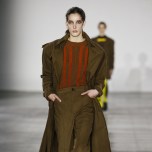 In a not entirely unexpected twist in the gender-bending story still playing out on runways, Alex Mullins showed his fall 2019 collection entirely on female models.

It made sense. Women’s wear retailers have been buying Mullins’ men’s collections since he first started showing and he felt it was high time he had a say in how that tale was told. “I wanted to take control and allow myself the time to show my vision of my girl instead of other people doing it. Just hashtags on Instagram, you know what I mean?” he said after the show, adding that, with the exception of one pencil skirt, he hadn’t made any adjustments to the patterns.

It was a terrific outing, whatever lens you looked through. Mullins said his starting point for the lineup happened on his way home one night, when he saw woman getting out of a car wearing a yellow mohair scarf and a coat, except it turned out “it wasn’t yellow mohair, it was just her hair and her jacket was just a really s—t, old shirt.”

Nevertheless, yellow mohair scarves appeared on the runway in a confident collection that drew upon references to Western dress, motocross sports and traditional men’s tailoring.