Eden Loweth and Tom Barratt took to performance art to telegraph their message of inclusivity and genderless dressing — and it was one dramatic outing. 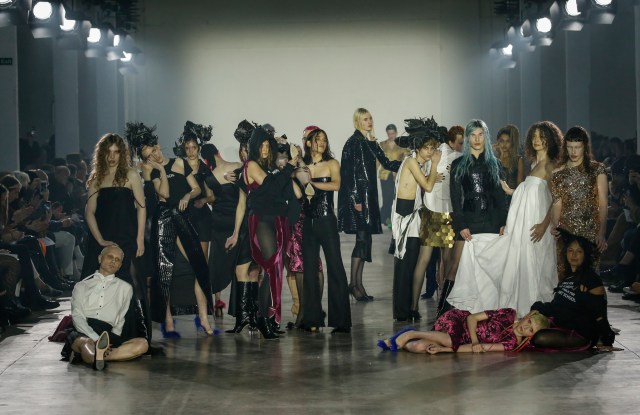 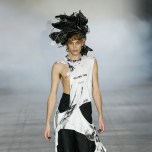 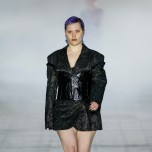 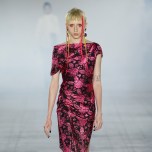 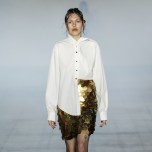 Eden Loweth and Tom Barratt took to performance art to telegraph their message of inclusivity and genderless dressing — and it was one dramatic outing.

For the finale, a model convulsed violently on stage while others gathered around in an embrace.

“We wanted the choreography to hit a note with people that [this collection] represents a whole community that has been previously misunderstood and marginalized,” Loweth said, referring to people who don’t identify as male or female.

Other looks swung from disheveled streetwear — such as ripped T-shirts and slashed velvet skirts — to preppy school girl to glam and chic, as in pink jacquard and sequined gold dresses. There was a pinch of boho in there, too, and an out-of-place crochet dress.

Among the few highlights was a crinkled gold lamé skirt suit and a white, billowing dress. In the end, the collection skewed too heavily toward women’s wear — and melodrama.