Abley brought Pokémon characters to life in his fall collection. One of them even danced down the runway. 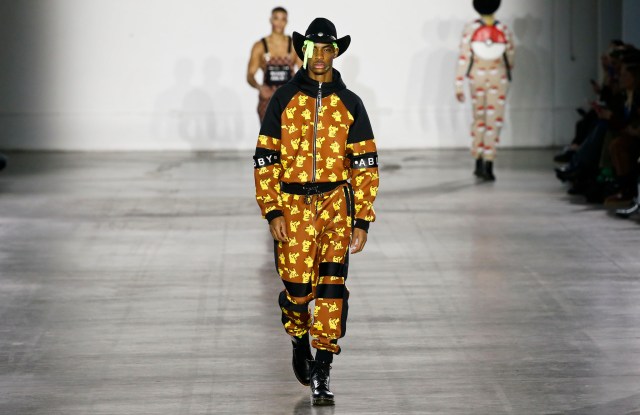 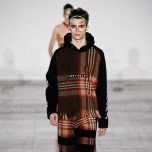 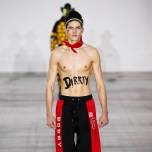 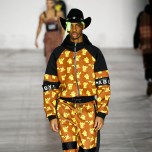 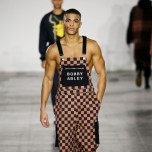 Bobby Abley transformed his stage into a Pokémon hunting ground as trainers in Pokéball ponchos and backpacks competed in a walk-off with the animated characters.

Squirtle, Charmander and the evasively rare Mewtwo Pokémon adorned brightly colored tracksuits, T-shirt and shorts sets, and boiler suits. Pikachu was also a recurring motif, and a life-sized one even danced down the catwalk at the end of the show.

Abley loves nothing more than working with cartoon and pop-culture characters: Last year a Teletubby took to the runway and past seasons have included Disney characters and Power Rangers.

Not much of a risk-taker, Abley stuck to what he knows best and turned once again to his longtime muse Christina Aguilera for inspiration. Western-style garb such as denim two-piece ensembles and leather jackets came to the fore, influenced by the singer’s “Dirty” era.

Accessories in the form of bandanas and balaclava-cum-scarf ensembles helped tie together more streamlined looks, such as a fitted khaki sweater and wide-legged corduroy trousers.