While the show may have been heavy on theatrics and costume-y looks, it was also filled with more commercial, sophisticated pieces, too. 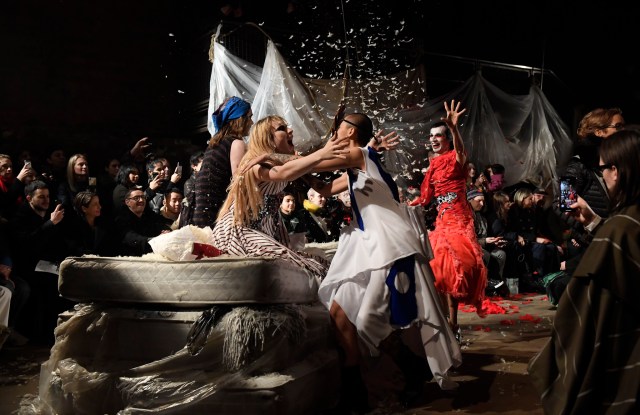 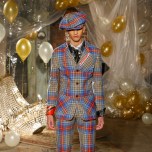 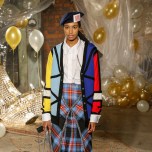 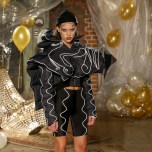 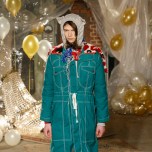 A bonfire, a commotion and eerie lights started off Charles Jeffrey’s fantastical show. Known for his dramatic performances, Jeffrey continued in his vein of high-voltage performances — and gender-bending fashion. Right on cue, a male model pranced in a black voluminous dress and fell into a bathtub filled with books.

“I wanted to communicate a feeling of utopia, and I was inspired by Peter Pan’s Lost Boys and ‘Lord of the Flies’,” Jeffrey said. Those ideas translated into sequin embellishments in the shapes of lizards and alligators on sheer shirts, and scarves in the shape of pigs, while a model resembling Captain Cook decked out in a bright red, fringed dress and pirate’s hat stole the limelight.

While the show may have been heavy on theatrics and costume-y looks, it was also filled with more commercial, sophisticated pieces.

The designer showcased his tailoring skills and played with the collars on shirts, showing some classic styles and others with exaggerated points. Ironically, Peter Pan collars were nowhere to be found. He incorporated his signature tartan check into a tailored slim-fit suit, ‪a midi‬ skirt and an A-line dress, and also introduced the tartan into a beautiful mohair overcoat with silver chain trim.

New to the Loverboy sphere were streetwear styles such as a green parachute parka, a blue, yellow and red anorak and a voluminous puffer jacket with white squiggly piping — and biker shorts to match. Trousers reminiscent of a child’s scribbles came as a red motif on a cropped fleece pullover, a knee-length waistcoat and a bucket hat on the head of one of Jeffrey’s Lost Boys.