Fletcher’s slim silhouettes had a Sixties — and sporty — feel, inspired in part by the photographer John Bulmer’s book "The North," which documented seismic socio-economic changes. 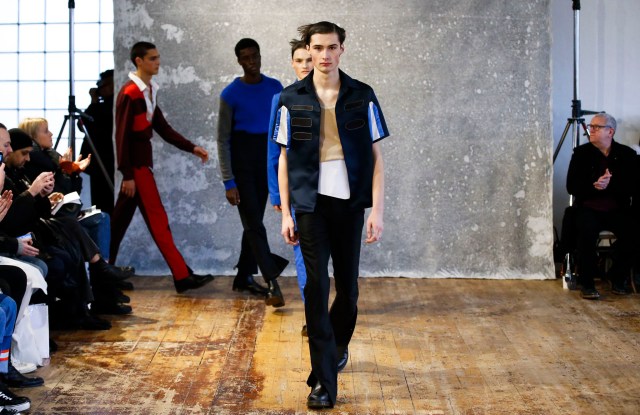 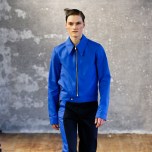 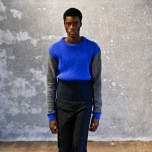 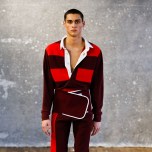 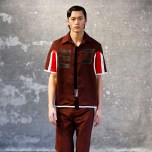 There’s a fresh wind blowing through London, with designers seeking structure, working with finer fabrics and sharpening up their silhouettes. They’re moving beyond streetwear, which has been dominant on the runways, especially in London, and using tracksuits, hoodies and T-shirts as a seasoning, rather than the main dish.

Daniel W. Fletcher did just that: He showcased a refined collection that channeled his fascination with northern England and went heavy on British-made wool. He is one of 12 global finalists for the International Woolmark Prize, which will take place in London in February and he clearly can’t get enough of it.

The show space, designed by Fletcher’s sister Abigail Fletcher, was adorned with a single hanging artwork. It was from a big piece of cloth that had been woven in Huddersfield, west Yorkshire and was wavy and rippled to resemble the terrain of the Yorkshire moors.

Fletcher’s slim silhouettes had a Sixties — and sporty — feel, inspired in part by the photographer John Bulmer’s book “The North,” which documented the seismic socio-economic changes taking place in that part of England in the Sixties and Seventies.

He showed slim, satiny trousers, work wear suits with boxy jackets that looked like denim but were made of wool, and micro-check frock coats.

Languid wool rugby shirts with thick bands of color and jockey style bright stripes and checks came straight from the field or the racetrack. A black leather tailored suit was cinched with a wide belt for a strict, modern silhouette.