The collection is inspired by the "daily tracks" we compete on and exploring the concept of competitive commuting. 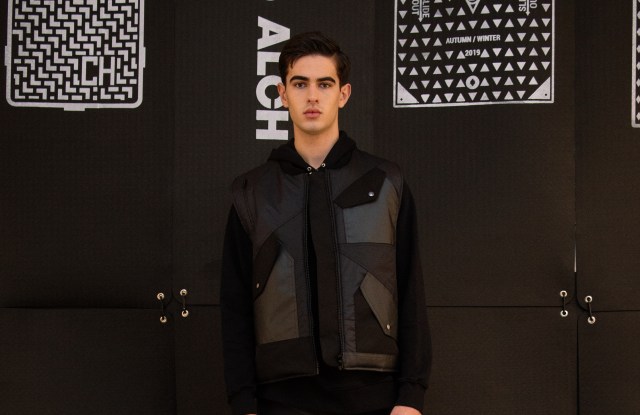 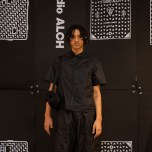 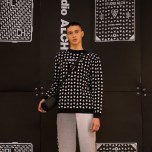 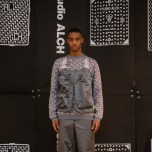 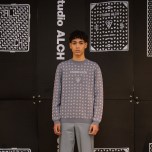 Australian Alexandra Hackett’s Studio ALCH, new to the London schedule, was all about the grind of the daily commute, inspired by the “daily tracks” we compete on and exploring the concept of competitive commuting in clothes that straddle the line between casual and activewear.

Pockets, and lots of them, were a big theme here. To answer the need, said Hackett, to reduce waste on pre- or post-work trips to the supermarket. One pair of women’s shiny nylon track pants, worn with a nice, cropped black-and-white track top, had two long pockets on each leg, big enough to squirrel away a bottle of wine in each. Handy.

There were some great varsity jackets in the mix. One in a patchwork of different black fabrics, another hoodie came in a crinkly silver fabric. The pared-back palette of gray, white and black was perked up by pops of safety orange, which looked great in an ensemble featuring the ALCH logo blown up to macro proportions.

What it lacked in textural variety in fabrics it made up for in prints, inspired by things like manhole covers seen on a daily commute. The chevron pattern seen in antislip surfacing on stairs translated nicely onto knitwear, as did a heart-shaped interpretation of the British Standards logo (seen on just about every glass window and shower screen here), which came printed in white on a gray sweatshirt surrounded by little mauve triangles, worn with simple black trousers and Nike trainers.