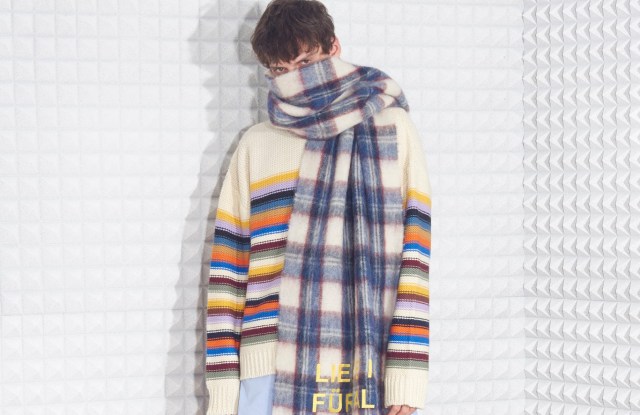 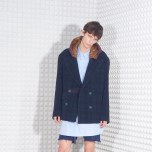 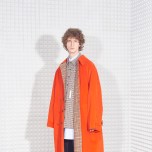 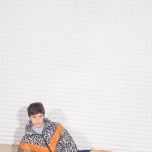 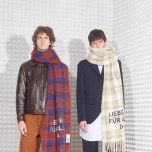 Andrea Pompilio reminisced about his time spent living between Milan and Berlin in his younger days just after the Berlin Wall came down, when he would push his love of playful mix-and-matches.

“I remember that feeling of going home with a hangover at 5 in the morning: you’re desperate for a sandwich, there’s nothing to eat, so you throw a coat on and run to the deli,” he said.

“This mix of something very modern with something very well done,” said the designer, who had even re-created the kind of leather jacket he would have worn, using bonded jersey, with the corners aged by hand.

In the mix were clubber-style pants made from waxed cotton linen emulating vinyl, and an anorak revisited in a wool-cashmere leopard print. It was echoed in a cool track top-inspired style in soft vintage-effect faded nylon — worn, of course, with denim shorts and a trenchcoat thrown over.