It was a lot of pain – and fuss – for what turned out to be a perfectly fine and predictable collection of equestrian-inspired outerwear and trousers. 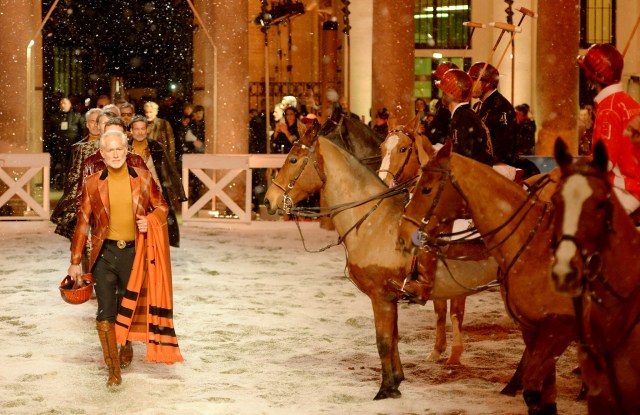 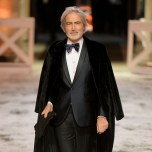 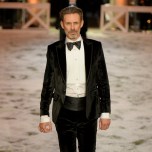 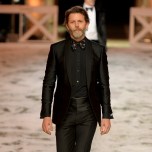 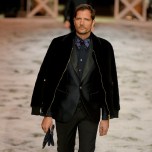 It may have been cold outside, baby, but that didn’t matter a whit to Philipp Plein, who blithely staged the Billionaire show outside, at night, with the mercury hovering around the freezing mark. Guests, with only chilled Bellinis for comfort – the bartender could barely feel his hands as he poured – gathered in the open courtyard of Milan’s Palazzo del Senato, which had been transformed into a wintry polo field, complete with fake snow, and live ponies who dashed around – and even pooped! – on the ground.

During a pre-spectacle preamble, Plein took to the microphone to announce that Billionaire would be sponsoring the Monte Carlo Polo Team, and staging the first international Polo Cup in the principality. Said team played a four-minute game before the runway show began, with guests rapidly turning into ice sculptures under the freezing night sky. Although, maybe that was just the poorer guests, as the Billionaire customer is insulated from the cold by his money.

It was a lot of pain – and fuss – for what turned out to be a perfectly predictable collection of equestrian-inspired outerwear and trousers. Crocodile featured big in the form of varsity jackets with mink collars and trenches, as did coats made from mink, reversible shearling and astrakhan. Shorter jackets came in leather, with shiny gold buttons, in wool with exploded hound’s tooth or plaid patterns, or with traditional quilting.

Trousers on the whole were way too tight, and some of the handsome, silver fox models betrayed their ages by limping in what must have been ill-fitting sample size shoes. If their uneven gait was due to something more serious, they can always drag themselves to one of Monte Carlo’s many private clinics before, or after, Billionaire’s next polo match.