Military and urban were combined in this collection, which marked Chaz Jordan's shift to a more sustainable approach in the sourcing of material. 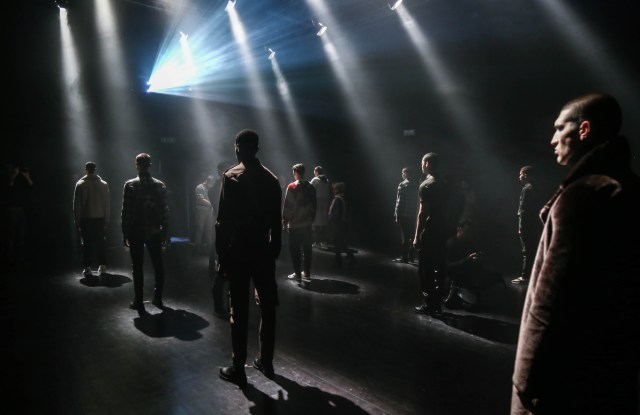 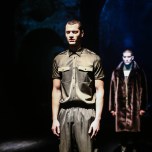 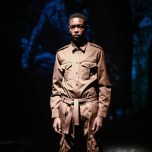 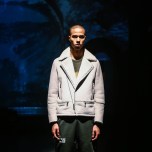 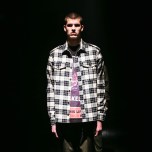 The Los Angeles-based designer said he reworked traditional military staples, including utility pants, front pocket shirts and field jackets, with a sartorial appeal inspired by the Italian tailoring heritage. In the lineup, these openly military silhouettes were paired with grungy plaid shirts, as well as streetwear styles, such as joggers and hoodies, including one splashed with an image of Jesus with the woven crown of thorns. “It adds a spiritual feel to the World War II theme,” said Jordan, who this season also embraced a sustainable approach, replacing his signature furs and exotic skins with faux fur and shearling.