Pal Zileri's man is romantic, poetic and also a little bit of a dandy. 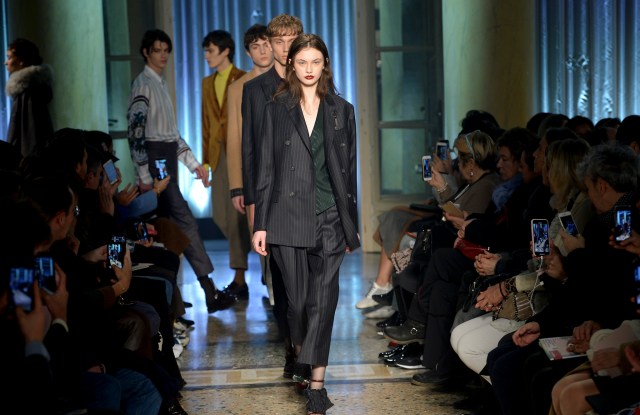 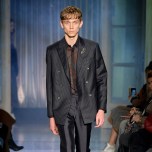 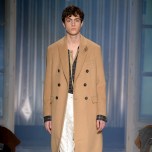 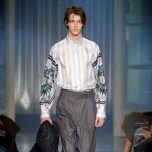 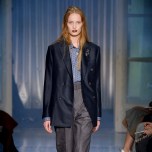 Pal Zileri’s man is romantic, poetic and also a little bit of a dandy.

Standing in front of a mood board reproducing vibrant images by artist Max Ernst and a photo of director David Lynch, creative director Rocco Iannone admitted his “romantic feelings,” saying that his collection had a “fairy-tale” quality. He said he was looking for “harmony in contrasts” and, indeed, the collection mixed opulent Baroque brocades with more severe pinstriped and minimalist designs.

Textures were rich and elaborately explored with silky fabrications and strong colors, from burgundy to moss green and touches of canary yellow and rust. Flora and fauna motifs — stylized zebras and spikes, for example — enriched luxurious jackets.

Iannone is eyeing an expansion into women’s wear, sending nine women down the runway, wearing looks inspired by the men’s ensembles. “Who knows, we hope…” Iannone said. “I want to show the company we have the potential of offering a full-fledged women’s collection.”